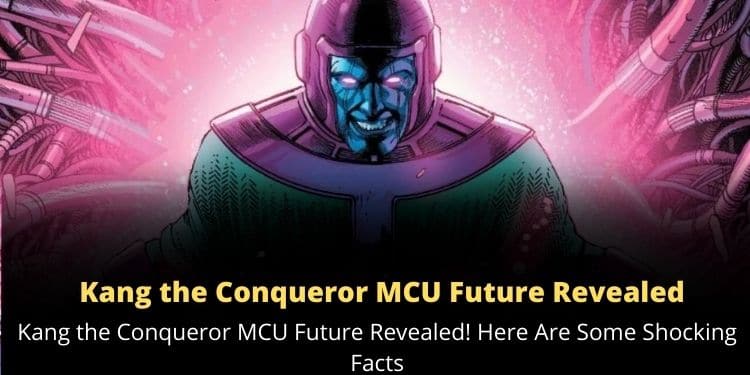 With the multiverse wide open, Marvel is introducing tons of characters in MCU. So, after a lot of wait, Kang the Conqueror is on board at his full potential. Here is all we know about the character.

LOKI episode 6 unveils a crucial new character, He Who Remains, to the MCU. He Who Remains, exposed to be the Time Variance Authority’s originator and is a variant who single-handedly ended a horrific multiversal conflict that vowed to destroy all of the creation millennia ago. Jonathan Majors play Loki, and as Loki Episode 6 shows, he is not simply some random cosmic creature.

He is a spin-off of Kang The Conqueror, a not-so-well-known Marvel villain. However, the episode never directly reveals Kang’s identity or that of the bad variant about which He Who Remains continuously warns Loki and Sylvie. (It is worth noting that He Who Remains claims to have been called by various names, including “the Conqueror.”)

Majors’ appearances in Loki Episode 6 might have been perplexing to anyone unfamiliar with Marvel comics mythology or the current MCU rumor mill. Here’s a review of Kang the Conqueror, who he is, and why he is a major baddie.

Who Is Kang The Conqueror, And Where Did He Come From?

When Marvel books and movies fans realize that Kang the Conqueror’s real name is Nathaniel Richards, their eyes will enlarge.

Nathaniel was a scholar before he became Kang, researching robotics and Earth-616, often referred to as mainstream Earth. And this gets us to the multiverse concept since Nathaniel resided on Earth-6311.

This is when things start to become a little more difficult. Nathaniel Richards, who was born on Earth-616, is credited for traveling across time to Earth-6311 and restoring peace to that world. Earth-616’s Nathaniel Richards is also regarded as The Benefactor, and that is how we will refer to him from here on.

According to some, Nathaniel Richards of Earth-6311 is a descendant of The Benefactor, inherited from Reed Richards, the Fantastic Four’s leader. Others believe he is a direct descendant of Dr. Doom. All of this is enough to cause an identity crisis. However, he eventually becomes Kang the Conqueror later.

How Did Kang Contribute To The Marvel Universe?

Kang, as previously stated, has strong ties to a number of Marvel characters. He hooks up with Reed Richards’ father, Nathaniel Richards, most notably. To make matters even more complicated, the original Nathaniel Richards (Reed’s father) is a time traveler who has also been Kang in some other dimensions, albeit in most instances they are descendants who share a name.

He is also a descendent of Reed’s arch-enemy, Doctor Doom, and has developed his own technologies and weaponry using Doom’s time-travel technology. He has also paired up with Doom to go against Marvel’s heroes on many occasions.

There is also Kang’s Iron Man correlation, not only from his tenure as Iron Lad but from one of the most infamous (and maligned) Avengers adventures ever. Kang tries to manipulate Tony Stark into becoming an antagonist in “The Crossing,” after which he passes away and is replaced by an adolescent version of Tony Stark from a previous timeline, all of which was later rectified by further comic book technology.

Surprisingly, Kang’s first solo confrontation with Ant-Man and the Wasp occurred in a Synchrony Bank comic where we can realize how powerful Kang the Conqueror is.

Most crucially, Kang had already conquered the entire timeline of the Avengers, capturing the universe and imprisoning practically everyone who might resist him, even Earth’s Mightiest Warriors. Of course, he was finally destroyed after he and Captain America battled it out in orbit above the Earth as a pair of enormous holograms.

Kang does not have any special abilities, but he is a skilled military strategist and soldier who has access to enormous weapons from all periods of history, including the distant future, as well as unrivaled time-travel technology.

His armament includes the Damocles Base, a giant time-traveling spacecraft styled like a sword that has its own vast weapons.

Kang has previously been able to launch assaults in numerous time periods at the same moment, such as in the storyline of Avengers Forever, in which Immortus gathers a squad of Avengers from various centuries to face his younger self.

Apart from his weaponry, Kang is sometimes supported by an army of literally trillions of warriors from all across space and time, which he has used against his foes.

Similarly, Loki episode 6’s variant Kang, He Who Remains, has no abilities of his own. However, knowing what will occur in his whole timeline up to a particular point and having the capability to control time around him gives him a distinct advantage in battle.

Despite this, Kang has one big flaw: his strong and peculiar sense of honor, which has frequently led to his destruction. Kang has a code of behavior that prohibits him from beating his foes via treachery, like traveling back in time and murdering them as children, though he has sometimes broken or attempted to breach these norms.

Conquest only matters to Kang even if it is achieved via hard fight, and only if his opponents are aware that he has defeated them.

Kang The Conqueror: Bizarre Things You Need to Know

In The Marvel Cinematic Universe, He Is More Strong Than Thanos

Thanos’ powers are obvious to everyone and need no explanation. He could not be injured by the combined power and intelligence of Earth’s greatest genius and sorcerer. So, what makes Kang so much stronger than the Mad Titan? For starters, he is superior to the MCU’s alternate worlds. Some would even suggest he is the mastermind behind everything.

If Thanos had created too much trouble, Kang might have snatched and punished him in his own alternate timeline. He most likely did that when he was utilizing the TVA. There is also a notion that he is uninterested in Infinity Stones. He has a good chance of defeating Thanos in the comics if the Mad Titan does not have his Infinity gauntlet.

Certainly, demolishing a city and slaughtering or hurting its residents sounds like normal stuff for a comic book villain, but Kang’s method was crueler. He had meticulously planned everything and did not hold back when it came time to prove his power.

What makes this feat even more astounding is that it was Kang’s retaliation attack even after his call for a negotiated surrender was greeted by the opposition. After taking care of the Avengers blockade, Kang demolishes the U.S. capital and murders millions of its residents.

Raised The Apocalypse Twins and Attempts To Exterminate Mutants

Uriel and Eimin were the Apocalypse Twins, whose arrival and subsequent rise to power as the mutant race’s leaders would have put Kang’s dominion in jeopardy in the future. So he took precautions and abducted the twins as newborns, intending to nurture them according to his ruthless techniques.

When they were teens, The Apocalypse Twins ran away from their adoptive father and aggressively campaigned against him to establish their reign. Kang’s schemes were eventually revealed to be a plot for eliminating mutant-kind as a prospective danger, but the Uncanny Avengers halted him. 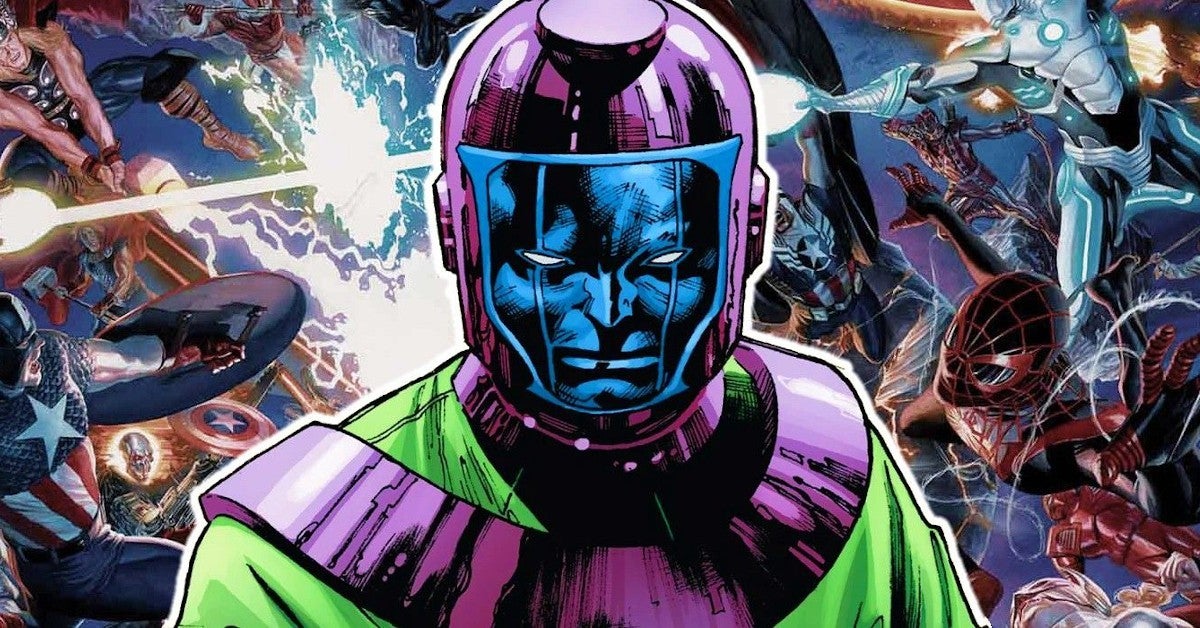 During The Destiny War, Rick Jones Was Saved

Jones was pushed by the Destiny Force, which Immortus had linked to a bleak future that he wished to avoid, yet Kang the Conqueror was sent to defend Rick Jones. Jones then gathered a team of Avengers from several times to assist him in fighting the Destiny War.

Iron Lad Was His Younger Self, And He Summoned The Young Avengers

Iron Lad was a fan-favorite character of the Young Avengers who organized the squad of Avengers-related teenage heroes. He had an appearance similar to Iron Man. Iron Lad was revealed to be a younger variant of Kang the Conqueror, which astonished fans (and his allies).

Kang’s effort to persuade his younger self to accept his fate flopped when he went back in time. Rather, Iron Lad murdered his future self, causing a time paradox that could only be rectified when he reappeared to the future to fulfill his ultimate fate as Kang the Conqueror.

He Destroyed His Own Kingdom

With all of his accolades as an invincible conqueror, one has to wonder what its purpose was. After becoming the greatest dominator in his timeline and others, there was not much left for Kang to do. So Kang became dissatisfied with his position topping the universe and determined to detonate a nuclear weapon in his capital city, Chronopolis.

Kang obliterated Chronopolis, along with all of his subjects. Chronopolis also acted as a hub city, providing Kang with access to all other timelines. It is worth mentioning that this Kang is called Immortus and is from the far future. Kang was feared by even the bad, younger versions of himself.

He Killed His Own Lover

Immortus did not simply slay Chronopolis and its unfortunate residents out of boredom; he also killed the lady he loved, namely Ravonna Renslayer. Ravonna was unfortunate enough to be in the Chronopolis when Kang turned mad from boredom.

As a result, she became stuck in the wreckage. This simply serves to reveal how useless everything is to Kang, particularly because he can achieve anything he wants. Ironically, he had a lot of problems wooing in the past; he even had to deceive her and conquer her kingdom to have her.

Cast For Kang The Conqueror

Jonathan Majors plays Kang in the Marvel Cinematic Universe. He is most known for his major role as Atticus Freeman in HBO’s critically praised drama series “Lovecraft Country.” He garnered widespread praise and an Emmy nomination for his role in the series.

Other than Lovecraft Country, Majors has delivered a number of spectacular performances in other roles. That includes his portrayal as Montgomery Allen in the 2019 movie “The Last Black Man in San Francisco,” which is widely regarded as one of the finest performances in recent history. He also featured as Henry Woodson in the undervalued Christian Bale-led Western, Hostiles and as David in Spike Lee’s “Da 5 Bloods” a few years ago.

He is one of Hollywood’s most promising young actors right now, and he is giving some outstanding performances in non-MCU movies and TV programs that can not be praised highly enough.

Marvel Studio releases the T.V. series Loki worldwide. Furthermore, the piece is available to watch on a Disney+. Hopefully, the information provided regarding Kang the Conqueror was useful to you. In fact, we are anticipating seeing more intriguing participation of the character in upcoming Marvel releases.