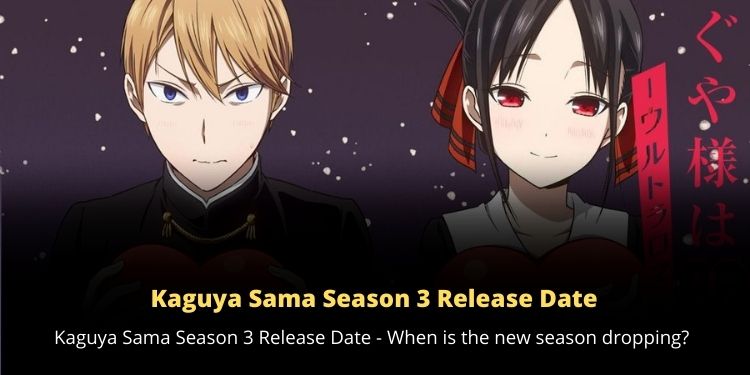 Kaguya Sama has finally revealed the super romantic trailer of Season 3. The creators dropped the ultimate shock with the trailer, revealing the Kaguya Sama Season 3 release date. So, when is the third season dropping? Here is everything we know so far.

Almost after two years of leave, Kaguya Sama: Love is War is back with a brand new trailer revealing the official release date of its third season.

Kaguya Sama: Love is War is one of the top-selling mangas that sold over 15 million copies since April 2021. The story follows the interesting setting between Shuchiin Academy’s student council president, Miyuki Shirogane, and the vice president, Kaguya Shinomiya.

The recent trailer of Kaguya Sama reveals the official release date of season 3 . As per the trailer, the new season will debut in Japan on April 8, 2022. But if you are someone residing outside Japan, you will have to wait a couple of weeks to watch the new episodes.

Where To Watch Kaguya Sama All Episodes Online?

As of now, Kaguya Sama: Love is War Season 1 & 2 all episodes are available on Crunchyroll and Funimation. So, all the subscription holders on these two platforms can watch all episodes for free.