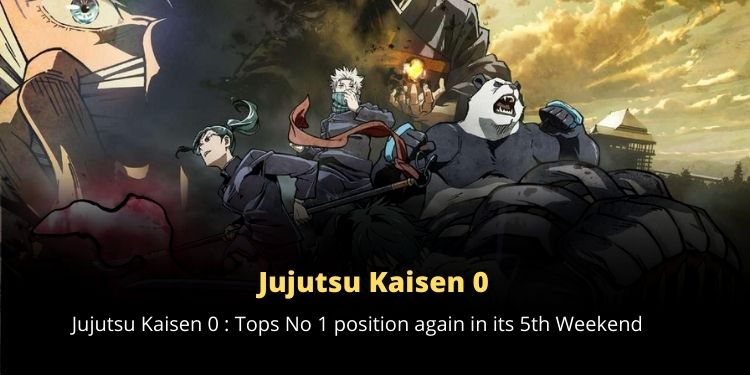 It was being observed that due to the absence of any strong competitors in the Japan Box office. Jujutsu Kaisen 0 returned to No 1 position in its 5th weekend after being in the second position for almost two consecutive weeks.

And according to the research, it has been found that the film Jujutsu Kaisen 0 made  490 million yen i.e.4.3 million USD on 288,000 admissions on its fifth weekend of January 22-23. And this was 108 percent of the previous weekend’s box office gross i.e. 454 million yen.

And it was observed that the reason behind the upliftment in the position of Jujutsu Kaisen 0 may be due to the distribution of the “MAPPA-painted ‘Pure Love’ visual board (Yuuta Okkotsu),” as this was the second bonus item for theatergoers since January 22. This was the reason that attracted people visiting on a repeat basis.

Jujutsu Kaisen 0 to be screened on MX4D, 4DX, and Dolby Cinema

And this new and expensive format of screening will further definitely boost up the box office. And the ticket sales of Jujutsu Kaisen 0  film was 9.3 billion yen on January 22-23, 2022.

What do you think about Jujutsu Kaisen’s big box office breakthrough? Will you also go to watch this movie when it debuts in a theatre near you? And if the fans are lucky enough then I think Jujutsu Kaisen 0 will also bring this movie to before the upcoming summer.