Johnny Depp Rejects To Return To ‘Pirate of the Caribbean’...

If Disney offers Johnny Depp a part in Pirates of the Caribbean 6, he says he would decline. He will even reject an offer of $300 million from Disney+. During his defamation trial with ex-wife Amber Heard, Depp was cross-examined, and his latest statements resulted from that.

Depp is presently suing Heard for $50 million after allegations made by the Aquaman actress in a Washington Post op-ed in 2018. Heard backed the op-ed with her supposed experience as an abuse victim, but she never identified Depp by name. Heard’s accusations, according to Depp, ended his career, character, and life.

Johnny Depp Will Even Reject $300 Million

Johnny Depp is prosecuting Amber Heard, his ex-wife, for slander. The charges made by the actor in a Washington Post editorial, according to the actor, “destroyed his career and reputation.” Meanwhile, Heard has filed a lawsuit against Depp, alleging “years of abuse and harassment” during their marriage.

He was asked about his exit from these major film series by his counsel and Heard during cross-examination. Depp stated being told to leave Pirates of the Caribbean, “I wasn’t aware of that, but it doesn’t surprise me.” “It had been two years since there had been constant international chatter about my being a wife-beater. So I’m sure Disney was attempting to break relationships in order to be safe. At the time, the #Metoo campaign was in full swing.”

“The reality is, Mr. Depp, nothing in this world would convince you to go back and work with Disneyland on Pirates of the Caribbean picture if Disney came to you with $300 million and a million alpacas,” Heard’s attorney Ben Rottenborn said.

When asked by The Hollywood Reporter in 2018 about the future of the Pirates of the Caribbean series and if it could thrive without Johnny Depp as Jack Sparrow, Disney executive Sean Bailey answered, “We want to bring in fresh vigor and enthusiasm. I enjoy the [Pirates] films, but Paul [Wernick] and Rhett [Reese] are so intriguing because we want to give it a kick in the pants. That’s what I’ve given them to do “He was alluding to the Deadpool writers being hired for the franchise’s revival.

Johnny Depp rocketed to mega-stardom as Captain Jack Sparrow in Disney’s blockbuster film Pirates of the Caribbean: The Curse of the Black Pearl, released in 2003. Fans adored the actor, who went on to reprise the role in four more films in the franchise.

Even though Johnny Depp’s role was well-received by fans and reviewers, Disney decided to keep him out of any future Pirates of the Caribbean productions, including a long-awaited sixth installment. Due to Depp’s life allegations, Disney allegedly chose out of worry that his reputation would ruin the franchise’s family-friendly aspect. For the same reason, Depp has also fired from Warner Bros.’ Fantastic Beasts and Where to Find Them franchise. 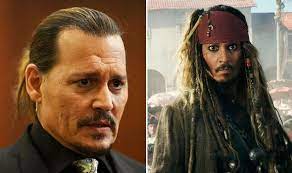 While it appears that Johnny Depp is no longer interested to play Captain Jack Sparrow in the Pirates franchise. His comeback, moreover, will never materialize due to the stormy circumstances of his divorce from Heard. Depp’s return to Pirates of the Caribbean 6 would be difficult for Disney to justify, even in a minor capacity.

He has no desire to return, and it may be in his best interests to go on to something new. Nonetheless, Depp will have to establish that Disney’s decision was a direct consequence of Heard’s initial op-ed to win his case against him, which might be challenging.