Jennifer Landon Made A Shocking Confession On How Yellowstone Changed...

Right from its debut Paramount+’s breakout western drama, Yellowstone has set a storm of records. While the show has won the hearts of tons of fans, it has also cemented the careers of many actors. Recently, the Yellowstone star Jennifer Landon revealed how the series changed her life forever. Here is everything we know about her honest confession.

Yellowstone revolves around the Dutton family, who owns a crapload of land in Montana. With Yellowstone Season 4 loading with all kinds of revengeful dealings, things are now even intense. The show has got the audience hooked, racking up a high trajectory of viewership.

With the popularity of the Yellowstone franchise getting to new levels it also pulled the crew members to new heights of success. For instance, the fan-favorite cowboy, Forrie J. Smith (aka Lloyd Pierce) previously played small parts in several movies and series. On the other hand, actor Brecken Merrill got his first break in the role of Tate, the youngest Dutton member.

Apart from these newbies, there are a bunch of actors in the show, whose popularity skyrocketed after associating with the franchise. Actress Jennifer Landon is one of them.

Though the actress has been a part of multiple daily soap projects and series like “Banshee” and “Animal Kingdom”, Taylor Sheridan’s Yellowstone dropped as a boon in her career. With her role as Teeter, the hard-working, pink-haired ranch hand, she became a household name.

When Jennifer Landon was questioned about her experience working in Yellowstone, she made a confession that stunned the fans. She revealed how the series changed her acting life. Here is what the Yellowstone star said.

Jennifer Landon Reveals About Yellowstone’s Impact On Her Acting Career 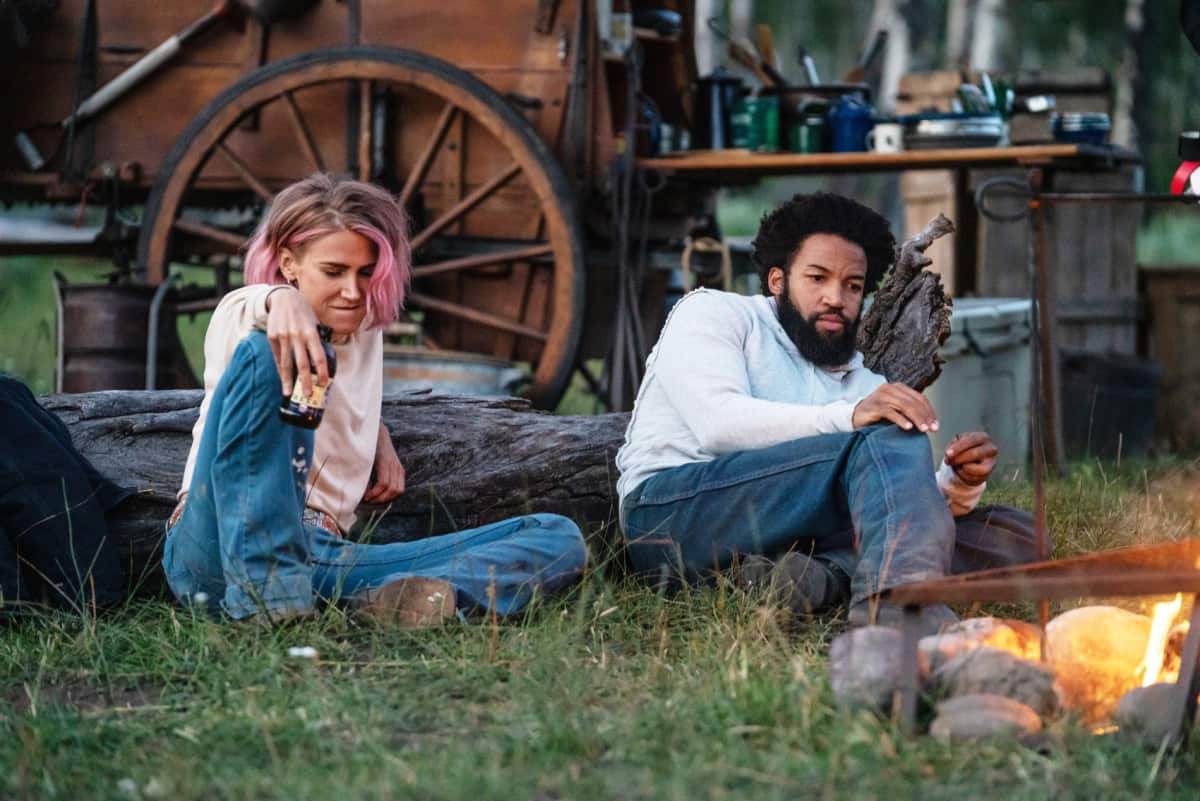 In an interview, when she was interrogated about how Yellowstone has changed her life, Landon gave a shocking answer. She revealed, “I think it has changed my life in ways that I am not aware of.”

She further explained her statement by saying, “You are not on the outside and you are not to the extent that it’s trickling out into the world.” While it seems that Jennifer is unaware of how Yellowstone has impacted her acting career, she explained how the series hit her on personal levels.

She took a breath of relief revealing that for a person who navigated through a bunch of series, being employed and unemployed for years, it is great. She says, “So nice to… have a home.” Jennifer Landon’s next statement broke the hearts of many fans as she revealed that “already the sort of loss of that home in advance because all things must end.”

So, which is your favorite character from Yellowstone? Tell us in the comment section.

Read More – Yellowstone Creator Taylor Sheridan Teases The Climax Of The Story Is In Sight!!