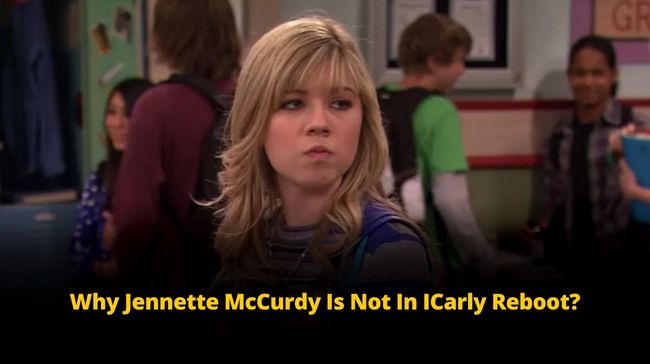 Jennette McCurdy, as we all know, is a well-known actor and director. She started her on-screen journey in 2001 when she made her first debut in the movie “Shadow Fury .”

The film was about a bounty hunter whose health was not good as he suffered from a bad liver. Furthermore, his attitude towards other people is also not very appreciative. He was assigned the task of stopping the evil intentions of Dr. Oh.

Jennette there played the role of the daughter of Dr. Markov. The movie was a sci-fi movie and gained huge success. Jennette McCurdy’s career started there, and the actress gained more fame over the years.

Reasons why Jennette McCurdy says no to being a part of the “ICarly” reboot?

After revealing that Jennette has quit acting, she further explained that she would like to pursue her future in writing as a director.

She explained that she finds no more enthusiasm in acting and wants to focus more on writing and directing. The news of this broke out, and the whole fans suddenly wondered why one would kick such a great opportunity like this. Everyone was eagerly waiting for the actress’ reply.

Clarification of Jennette McCurdy on calling of the offer of ‘ICarly”

As all are aware that the actress has called off the great offer, she made a response that dumbfounded everyone.

According to her, the roles which she has played in the past somewhat felt unfulfilled. Simply put, the roles she played didn’t satisfy her internal passion. She believes she felt more alive in writing and directing than being an actress.

The news came out first by the book she recently released, “I’m Glad that my mother died,” and also through her costa. Jennette explained how she broke the news to her co-star Miranda Cosgrove who was equally shocked. Miranda tried to convince her that the show could be a good opportunity and had sound money.

But Jennette stood firm on her decision and told her that nothing could persuade her to reverse her decision. She also mentions that besides money, several things are more critical, like peace, mental health, and many others.

The all-time famous Jennette, renowned for her role as Sam Puckett in “ICarly,” has denied any news about the acting. The all-time favorite series, which has six seasons and some spin-off series, may have to continue without its lead star.

However, in recent news, actress Jennette McCurdy has shown signs that she may return to the world of showbiz.

However, there are still no confirmations that the actress will continue her role in “ICarly.” Fans were disappointed but couldn’t do anything as their beloved actress was substantial in her decision.