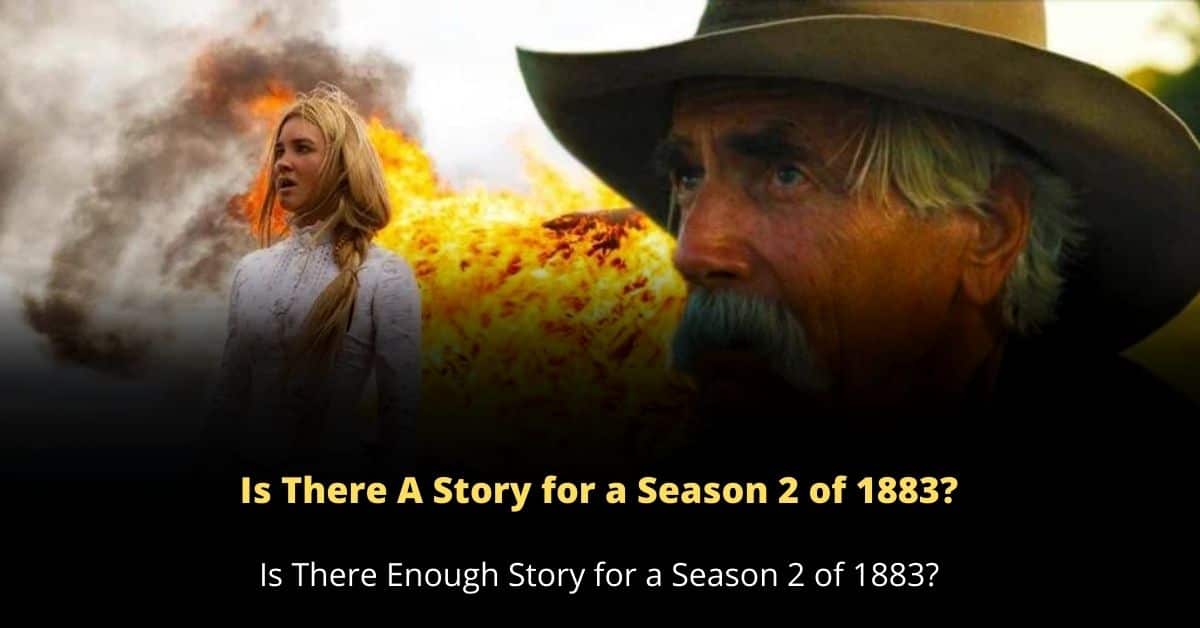 Is there enough story for Paramount to make season 2 of 1883? Here is everything we know so far.

Isabel May’s Elsa Dutton died in her father’s arms after succumbing to her injuries from a Lakota arrow in Taylor Sheridan’s Yellowstone prequel 1883. Some fans wonder what the Dutton family will do next as the tears fade.

However, Sheridan’s recent comments in the media about how the story will continue in the recently-announced 1932 make it more likely that the show will be renewed for Season 2. After the events of 1883, the new series will pick up 59 years later, during the Great Depression and Prohibition.

The 1883 season finale, “This is Not Your Heaven,” has been rumored to be the show’s final episode. By 1932, most of the characters from 1883 will have died or been very old. Was it worth it if they could have gone on? After all, the audience had grown attached to several characters. Or should the series be left alone?

The 1883 finale featured a year-later flashback that revealed the survivors’ fates. Season 2 of 1883 could have provided some backstory to show how they got to where they are now. Noemi and Thomas, LaMonica Garrett’s Civil War veteran, were a recurring theme in the series. They made it to Oregon and settled with Noemi and her two sons. Season 2 could have gained a lot of new fans by focusing on the characters’ romance.

It’s true that there are still a lot of unanswered questions about the characters of 1883. As well as providing additional context and depth to the well-known Yellowstone universe, this epic 10-hour Western filled in a significant portion of family history. It also left a massive imprint on the genre at the same time. If the first season hadn’t struck such a chord with viewers, they wouldn’t be quite as upset about the lack of a second.

In 1932, the best fans could hope for is a few nods or references to the 1883 characters they’ve grown to love since Sheridan has clearly moved on to his next Yellowstone prequel.

While a second season would have been wonderful, it wasn’t necessary to accomplish what the series was designed to accomplish, which was to expand the Yellowstone universe.

Also Read – Why Isabel May As Elsa Dutton May Leave Yellowstone 1883?