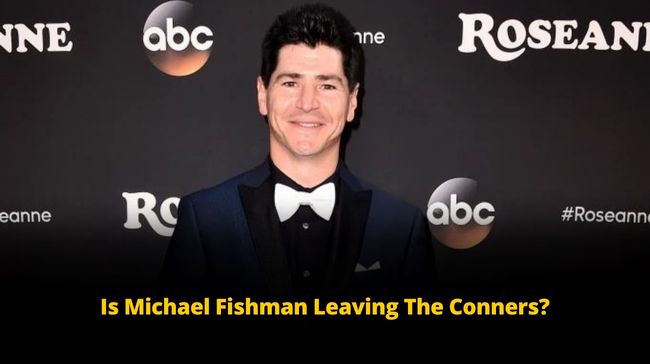 How have you been? Weren’t you missing us? You were waiting for us to come to you and share the latest trending news! Yes, any guesses? What’s it all about today? Anime? Series? Or what?

Yes, this time, the news is about The Conners!

Yes, peeps. The Conners is an American television sitcom created for ABC as a renamed direct continuation of the sequel to the series Roseanne.

Did you know this series is produced by Werner Entertainment, with Bruce Helford being an incredible showrunner with casting actors Michael Fishman, John Goodman, Lecy Goranson, Emma Kenney, Jayden Rey, and so on?

Is Michael Fishman Leaving The Conners?

Yes, there’s news about Rosanne, actor Michael Fishman opens up about his sudden departure from The Conners spin-off before Season 5. This is so disheartening and hard to believe. We still can’t think it’s true!

It looks like Michael Fishman finally departs The Conners after four seasons!

Yes, he won’t be seen in the upcoming premiere on September 21. Even Mary Conner would leave the show after the fourth season with him.

It’s believed that if Michael Fishman appears as the guest starring, or we have no clue how his absence would be elaborated further, there are chances Rey would be seen in the upcoming fifth season.

Michael Fishman shares this in a recent interview –

He shares he was fortunate to return to his home and demonstrate his expansion. As he ventures into the world to build the future, he sends immense love and success to everyone involved in the production. He even told me it was an honor to play D.J Conner.

Who doesn’t love being on a groundbreaking show? He was so proud of the work he did till now as a part of Roseanne and The Conners.

He got a chance to have a few prosperous opportunities as a director last season, too!

Oh, we loved when he told us he had achieved a dream with lifelong friends who always encouraged him —This is love. Can someone get some tissues, please? We just can’t stop crying! Please, Michael Fishman, don’t go!

We still have that fantastic moment of Roseanne shows ten seasons followed by four seasons of a spin-off: The Conners! Weren’t they so magnificent? His role was just so perfect. We loved when he told us he would miss the Friday night tapings in front of his loving audiences!

So everyone is asking – is Michael Fishman leaving The Conners? With a heavy heart, this news is true. And we will miss him so much—comment below whether you want him to come back or not. Don’t forget to follow us. We’ll be back soon. Stay tuned! Sayonara!