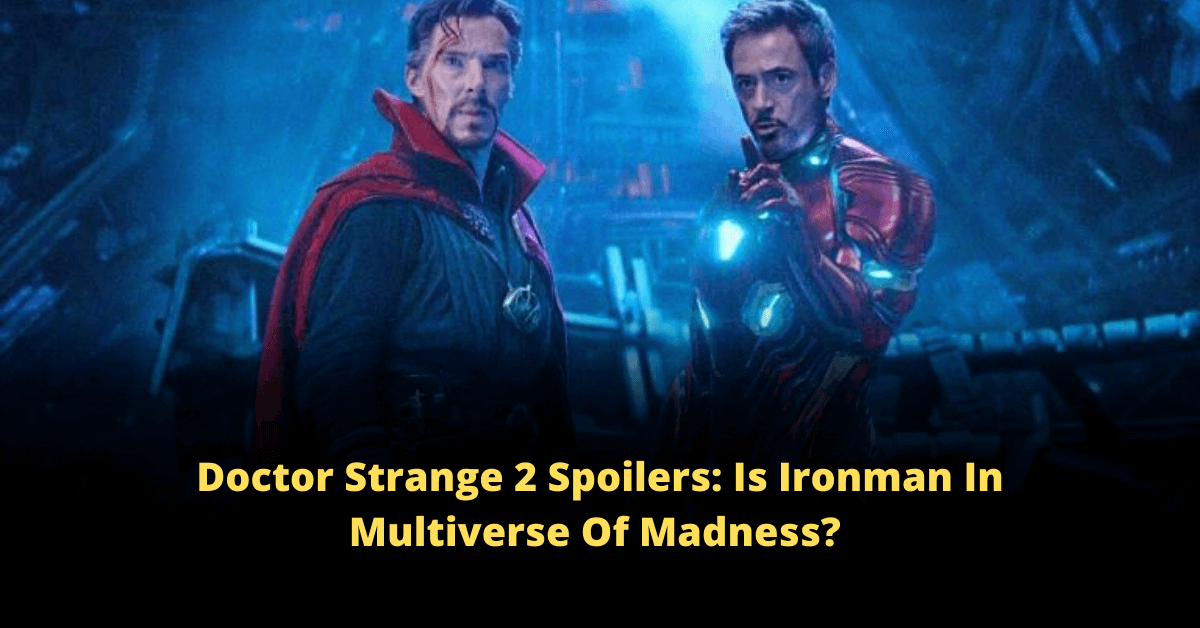 Is Ironman in Multiverse of Madness? If you have not yet stepped into the theaters to watch Doctor Strange 2, we know this question is looming in your head.

So, recently Benedict Cumberbatch responded sarcastically when asked if Tom Cruise would play a version of Iron Man in Marvel’s next film, Doctor Strange in the Multiverse of Madness. Here are some Doctor Strange 2 spoilers.

The identity of the fiery mystery guy in the new Doctor Strange in the Multiverse of Madness teaser has sparked a lot of speculation. Is it possible that Captain Marvel has gone full Binary? Is Monica Rambeau on a roll? When did the Human Torch first debut in the Marvel Cinematic Universe? Sunfire’s departure from the Illuminati? Is it Vulcan and DS2 is only a War of Kings remake? Or Is Ironman in Multiverse of Madness? Certainly not the last.

However, there is one fascinating possibility: a Tony Stark who fits the film’s tone.

Is Ironman in Multiverse of Madness Ironman?

Tom Cruise is one of the numerous actors reported to feature in Doctor Strange in the Multiverse of Madness as a universe-hopping Tony Stark. While there has been no official word from Marvel Studios, we saw something similar with Spider-Man: No Way Home and most of the claims were correct.

Suppose Cruise does portray a different version of Iron Man. In that case, it will be a tribute that he was considered for the role when Marvel Studios was casting for Iron Man 2 in 2008. (before Robert Downey Jr. ultimately got the part).

Fans of the Marvel Cinematic Universe are naturally talking about Tom Cruise, and this new set shot has just contributed to the buzz.

Doctor Strange 2 Spoilers: Will Tom Cruise Be In Multiverse of Madness?

Doctor Strange 2 is about variants and the universe. Thus there’s a potential that multiple actors will appear in cameo roles, either as variations of existing characters or reprising roles from previous franchises. But, is Ironman in multiverse of madness? Tom as Iron Man is one of the rumored cameos.

When asked if Tom Cruise is in the film, Benedict replied, “Tom Cruise?” in a recent interview with IndianExpress.com.

He appears in every scene not seen in the trailer. It’s the best-kept secret in the world.” It’s anyone’s guess if the reaction is serious or joking.

Benedict also addressed fan speculations about the film in the interview, saying that the film genuinely belongs to the audience. “I try not to respond or go on the internet, but I’ve had some very enjoyable occasions in person with an incredible number of extremely excited individuals at various meetings.” This franchise, you know, belongs to them (fans) far more than it does to us. That is, in some ways, its own thing.

But I adore that so many people are looking forward to seeing this film. And it’s getting terrific reviews, and we’re getting a lot of help from the Marvel Cinematic Universe’s amazing long-form serial narrative. As a result, I am quite grateful,” he continued.

However, recent leaks and a TV commercial have discredited this notion. Many believe that the character originally considered Iron Man is a Captain Marvel variation. Other notable cameos are expected to include John Krasinski as Mr. Fantastic and Ryan Reynolds, Tobey Maguire, and Halle Berry reprising their roles as Deadpool, Spider-Man, and Storm. None of these, however, have been proven.

Doctor Strange in the Multiverse of Madness is a Marvel Cinematic Universe Phase 4 film directed by Sam Raimi that is in theatres now.

So, what do you think is Ironman in Multiverse of Madness? Tell us in the comment box, if you have already watched the movie.