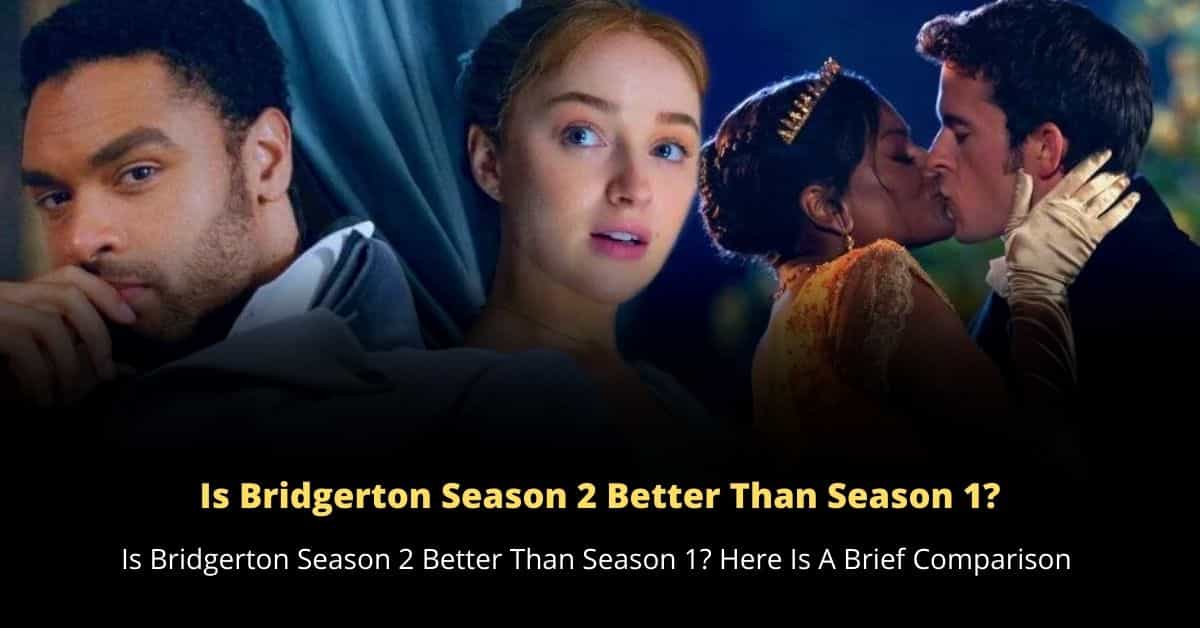 The return of Netflix’s super-popular series, Bridgerton, is really a gift for the fans. While the new season has performed well, many fans are confused about is Bridgerton season 2 better than season 1? So, here is a brief comparison of both seasons.

Is Bridgerton Season 2 Better Than Season 1?

While Netflix has maintained the essence of the series revolving around love, romance and drama, season 1 and 2 replicates different love stories. But which one is actually better? Here is all we know.

Bridgerton Season 1 was one of the blockbuster series coming from the box of Netflix. The first season efficiently replicated Julia Quinn’s original Bridgerton novel. It revolved around the events of The Duke and I as Daphne Bridgerton developed a love angle with Simon Bassett, Duke of Hastings.

While on the other hand, the latest Bridgerton season revolves around the Viscount Who Loved Me’s storyline. It elaborates the story of Anthony Bridgerton who turns smitten with Kate Sharma.

While the hype for Bridgerton Season 2 was really on the higher side, both seasons received insane reviews. Though Season 1 got high viewership, both seasons impressed the audience. While the first season focused on delivering more sexually appealing scenes and shocks to stun the fans, the new season focuses on the smooth elaboration of a romantic tale.

Which Love Story Is Better? Bridgerton Season 1 Vs Season 2

The first season of Bridgerton was truly fascinating. The key element of the relationship between Daphne Bridgerton and Simon Basset in season 1, which impressed the fans, was their volatility. The journey of love between the couples feels hard-earned which delivered a satisfying climax to Bridgerton Season 1.

While, on the other hand, the love angle of Anthony Bridgerton and Kate Sharma in season 2 is a bit complicated. For most of the series, we find Anthony struggling with his feelings for Kate Sharma.

Watching the couple on the screens is not something extraordinary for the fans. Therefore, Anthony and Kate failed to turn out as a compelling couple which disappointed the fans.

27 thoughts on “Is Bridgerton Season 2 Better Than Season 1? Here Is A Brief Comparison ”