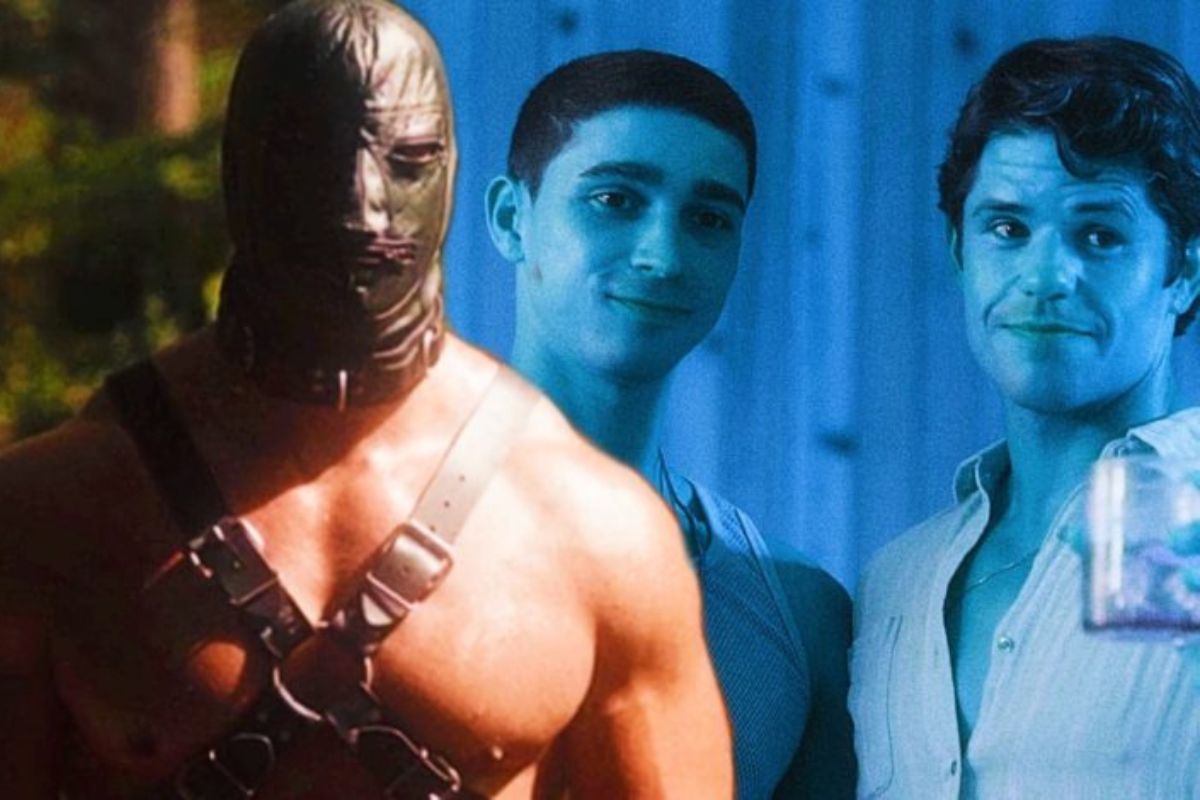 Throughout its many seasons, “American Horror Story” has featured several gory and terrifying villains.

Still, few of them have been able to match the particularly ominous vibe of the Big Daddy from “American Horror Story: NYC.”

Throughout the season, a gigantic man wearing a face-covering leather mask and harness who appears to be able to appear and vanish at whim kills several people throughout 1980s New York.

Beyond that, it’s tricky to describe who Big Daddy is. Is he simply a wicked man? Is Big Daddy killer? He seems ghostly. Is he a spiritual allegory connected to the convoluted deer plot?

Why Does Theo See Big Daddy In AHS: NYC Before His Death?

Theo’s demise in American Horror Story season 11, episode 8, provides the most information regarding the reason for Big Daddy’s enigmatic appearance.

Big Daddy may be a spiritual being that manifests when a character passes away from AHS: NYC’s infection, which appears to be AIDS, as opposed to Adam’s perception that he is a nasty serial killer tormenting the LGBT community.

So, Is Big Daddy killer? While Big Daddy isn’t a serial killer in the same vein as Whitely/the Mai Tai Killer, he does depict AIDS as a serious threat to the LGBT community by appearing to symbolize the disease killing the characters in American Horror Story season 11.

Considering that Big Daddy might be one of the ghosts of the gay men Theo photographed, who also undoubtedly passed away from AIDS-related illnesses, this would explain why Sam told Theo that Big Daddy was deceased.

Big Daddy has been spotted following LGBT characters, including Adam, Hannah, Gino, Patrick, and Theo. All of them are suggested to be carriers of the mysterious virus from American Horror Story season 11.

Barbara’s death seems to indicate that Patrick gave her the virus, which was the reason for her demise, as Big Daddy appeared to have murdered Patrick’s wife, Barbara.

In American Horror Story: NYC episode 8, Big Daddy also made a notable point of stalking Gino on Fire Island and implying that he might be the virus’s next victim.

The visits of Big Daddy are setting up several fatalities in the conclusion of AHS: NYC.

Soon after fainting and displaying symptoms akin to Hannah and Theo, Patrick’s wife, Barbara Read was strangled by Big Daddy at her apartment, proving the infected Patrick gave her the virus.

Hannah is likely to be Big Daddy’s next victim, given how closely her disease resembles those of Theo and Barbara and how quickly he arrived to “murder” Theo after his symptoms worsened.

Gino, Patrick, Adam, and Hannah are believed to be the four victims of Big Daddy/the virus in the American Horror Story: NYC conclusion, according to Fran and Kathy’s tarot card predictions.

Read More – Is Doctor Doom In Wakanda Forever? Get Ready For A Shock!!