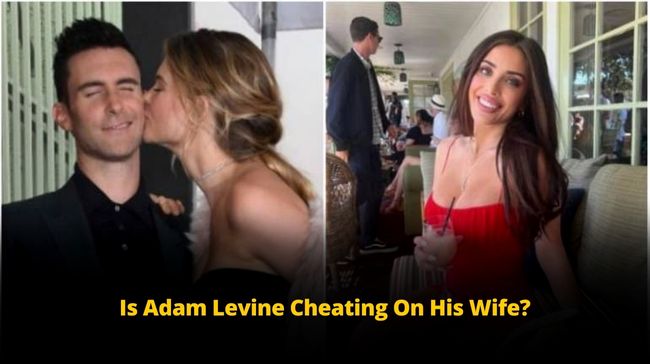 What’s happening? We can’t believe it!

Virtual family, did you expect this? We still can’t believe this could be true. This news has raged the internet on fire, and we are here to give you all the much-needed details.

Do you think Adam Levine cheats on his pregnant wife?

For the ones who don’t know who’s Adam Levine

Adam Noah Levine is an American singer, songwriter, and musician who’s a lead vocalist and rhythm guitarist of the pop rock band Maroon 5.

Levine began his musical career in 1994 with Band Kara’s Flowers, of which he was the lead vocalist and guitarist!!

Why is he so popular?

He was born on March 18th, 1979, in Los Angeles, California, United States. Let’s say he’s the first to gain so much popularity and fame because of Maroon 5 and later broadened his audience as a coach on the television singing competition The Voice 2011-19–is he your favourite because ours is!

What, this model claimed she had an affair with Adam?

Sumner Stroh claimed that she had an affair with Adam Noah, who was married to Victoria’s Secret model when she was young and naïve.

She posted this in a tik-tok on Instagram. She told herself the Instagram model in that video, too.

She also alleged that as they’ve no longer seen each other, Adam texted her asking her permission to name his unborn child “Sunner”—Guys, would it be possible?

Fans are shocked at how it could be possible. That viral video got 14.1 million views in a matter of hours.

Stroh is in her 20s, and she claims they have been dating for a year. On the other hand, Adam and his wife Behato have been married since July 19th, 2014, and a few days back, they announced their third child. Although, Adam hasn’t reverted or posted anything for the same!!

She even said she never wanted to bring it to the public. But the friend she trusted and shared everything with attempted to sell it to the tabloids, so she instead posted it!!

Do you think this can be true? Is Adam Levine cheating on his pregnant wife? Was this text sent for real, or is it untrue? A lot of fans want to know the truth.

But we guess, till the time Adam shares his side, it’s too early to jump to a conclusion

Any small thing becomes big through social media. But till the time he replies to this unclaimed affair, we think we should wait and watch.

Truth is not what is always seen. That’s the half side of the story. Agreed, guys? Don’t forget to follow us. Stay tuned, and we’ll be back soon with a bang!

Read More – Father Stu Is On Netflix!! Stream It Or Skip It? Detailed Review