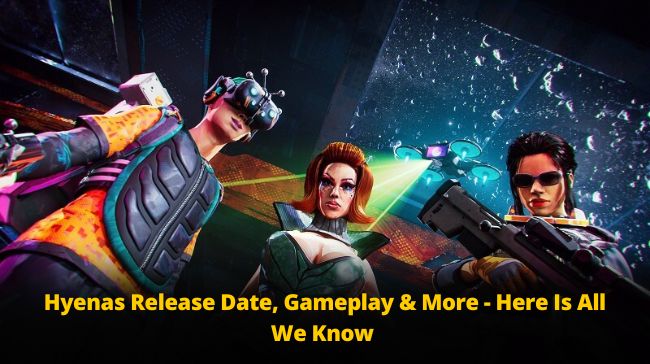 Fans of Creative Assembly know that the studio is most well known for its work on the terrifying Alien Isolation and the Total War series.

Still, its current project aims to deliver an entirely different experience. The team is doing away with leaping xenomorphs and army management in favor of something a little more nebulous: heists in space.

In this article, we will tell you everything that we know about Hyenas.

Game developers from Creative Assembly have come to expect a certain kind of experience from the development studio.

Whether managing historical battles with the “Total War” series or getting heart-pounding with “Alien Isolation,” those behind these titles have always delivered something familiar to players.

Something that may surprise people is that the development studio is working on something entirely new.

Hyenas is a new multiplayer-focused shooting game for the PC, and it allows multiple players set loose on a spaceship to steal priceless treasures.

The setting is in space, where an advanced civilization has colonized Mars and exploited Earth’s poor population. It encourages encounters amongst players and their characters with the environment throughout each match, giving them the option to run, jump, crouch, and shoot at different angles with great accuracy to take down others or steal their goods.

After seeing some of the absurd humor that “Hyenas” aims to offer, some gamers may be wondering when they’ll be able to try out the title. As it stands, “Hyenas” is due out in 2023, and while there’s no exact release date yet, Creative Assembly has opened up a sign-up portal for a PC Alpha test which will allow select players from the US and Europe to test the game before its official release.

The “Hyenas” announcement trailer is almost two minutes of intense sci-fi action set to a beat, but it’s unclear if the footage shows off cinematic or gameplay segments.

The trailer showcases players’ stimulating and electric atmosphere, as it presents many different activities and combat situations within the first few seconds. A masked man jumps from burning rooftop to burning rooftop and finally slides over on top of cars before running across an exploding bridge – they certainly haven’t given viewers anything more than a quick glimpse at that game’s core features. Still, there’s been no shortage of explosive mechs along the way!

Also Read:- Outer Banks Cast: Where Have We Seen Them Before?

It’s been a long time coming, but Creative Assembly’s next project is here.  We finally have a good sense of what the team responsible for Alien Isolation and Halo Wars 2 has in store for us next.