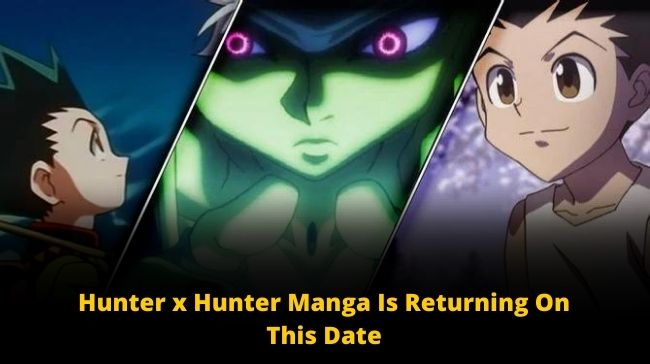 The famous and hit Hunter x Hunter Manga is coming back after a break of four years.

The author of the series, Yoshihiro Togashi, has been giving hints to the fans since May 24, 2022. The first tweet he made was about the iconic series returning.

A confirmation of the same had been given by the artist of One-Punch Man, Yusuke Murata.

He tweeted that he was with him in person when Togashi tweeted, a Kotaku report said.

The Manga series began on the weekly Shonen Jump in March 1998. Unfortunately, it has taken a break several times since 2006 because of the health issue of the author Togashi.

With the 36 volumes consisting of 390 chapters collectively, the series was on a long break in 2018.

As Togashi has already given a sneak peek of the future chapters, here is a throwback to the past and a small talk about the previous chapters for fans and the freshers as to why you should choose to watch this successful Manga series.

What makes it different from others?

Unlike the other Shonen anime, it points out a particular genre of this Manga series as the Hunter X Hunter.

While there are many stereotypes of Shonen, such as preparation for tournaments and battles, this show is filled with thrilling plots, from ordinary battles to mysterious investigations to virtual reality RPG battles.

The readers will have a mind-boggling experience in differentiating between the main characters as they sometimes often change.

However, the Hunter x Hunter Manga series has a protagonist named Gon Freecss, who embarks on a journey to become a Hunter.

Throughout his journey, among other things, he finds out about fantastic animal species, hunts down lawless individuals, and does treasure hunting.

The subvert tropes like super transformations of the series Hunter X Hunter make it different from others.

The intensity of the plots and subplots needs devotion and attention from the readers, not to miss the facts!

The complexity of the dialogues caricatured with the thought bubbles covers the majority of the series, making it intriguing to read. The craftsmanship of the author Togashi and his complex rule systems makes it pretty unique in the Shonen field.

The difficulty that characters face throughout their journey in the series provides it with more selling points.

The Hunter X Hunter manga series has so many interesting facts like the supernatural ability that the characters possess and use at times of battle.

The Manga series, Hunter X Hunter is so intriguing that it cannot be concluded in just a few chapters.

The Manga series can be enjoyed chapter-by-chapter by concentrating on the arcs and plots of the story. Although Togashi has already provided a sneak peek of the last four chapters of the Hunter X Hunter manga series, the official announcement has not been made yet as to when it will be released.

Make sure to stay tuned to get more updates on the Hunter x Hunter manga.