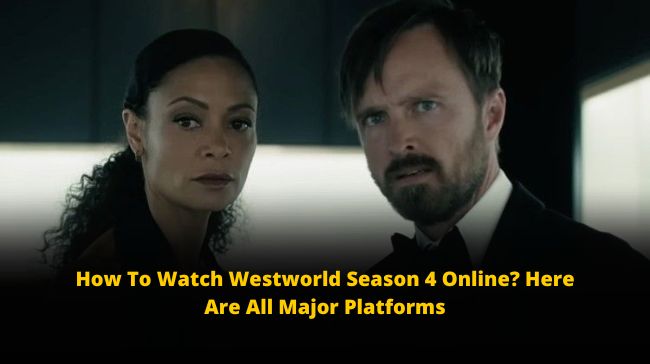 Westworld, HBO’s dystopian sci-fi, is back with a new season. So, how to watch Westworld Season 4 online? Here is all we know.

Westworld season 4 intends to address certain significant narrative developments and cliffhangers from the third season to delve deeper into the mysteries of artificial intelligence. The resurrection of cast members presumed dead or otherwise decommissioned is one of the most surprising aspects of Westworld season four. James Marsden, who played the cowboy role of Teddy Flood in the first two seasons, is one such actor.

How to watch Westworld Season 4?

This bundle includes Netflix as part of the subscription in addition to Sky Atlantic, which carries Westworld, and additional channels including Sky Showcase, Sky history, National Geographic, and many more.

You can catch up on Westworld season one through three with a Sky subscription if you haven’t watched them or want to brush up before season four.

The fourth season of Westworld is also accessible on the streaming platform NOW, which offers access to all prior seasons of the programme.

You can download and add Westworld’s earlier seasons to your library as full episodes; you can also view them online on Amazon.

Season four of Westworld, which dropped on Sunday, June 26, at 9 p.m. EST on HBO in the US, is also available to watch on HBO Max. As would be expected, there is a great deal of mystery after a lot of points. The forthcoming season’s placement of the new and returning characters, notably the role Evan has after since her character Dolores seemed to vanish after season three.

Read More:- Netflix Revealed The Umbrella Academy Season 4 Will Be The Last Season!!

Westworld is a high-quality TV series that has gained much attention since its first debut in 2016. The fourth season of HBO’s science fiction dystopian television series Westworld premiered on June 26, 2022.

Since the series has gained so much popularity, you may be wondering which platforms you can use to stream and download the series. Here we’ve shown you how to watch Westworld season 4 and the streaming methods available. Watch this series and let us know in the comment section about your reviews on Westworld season 4.