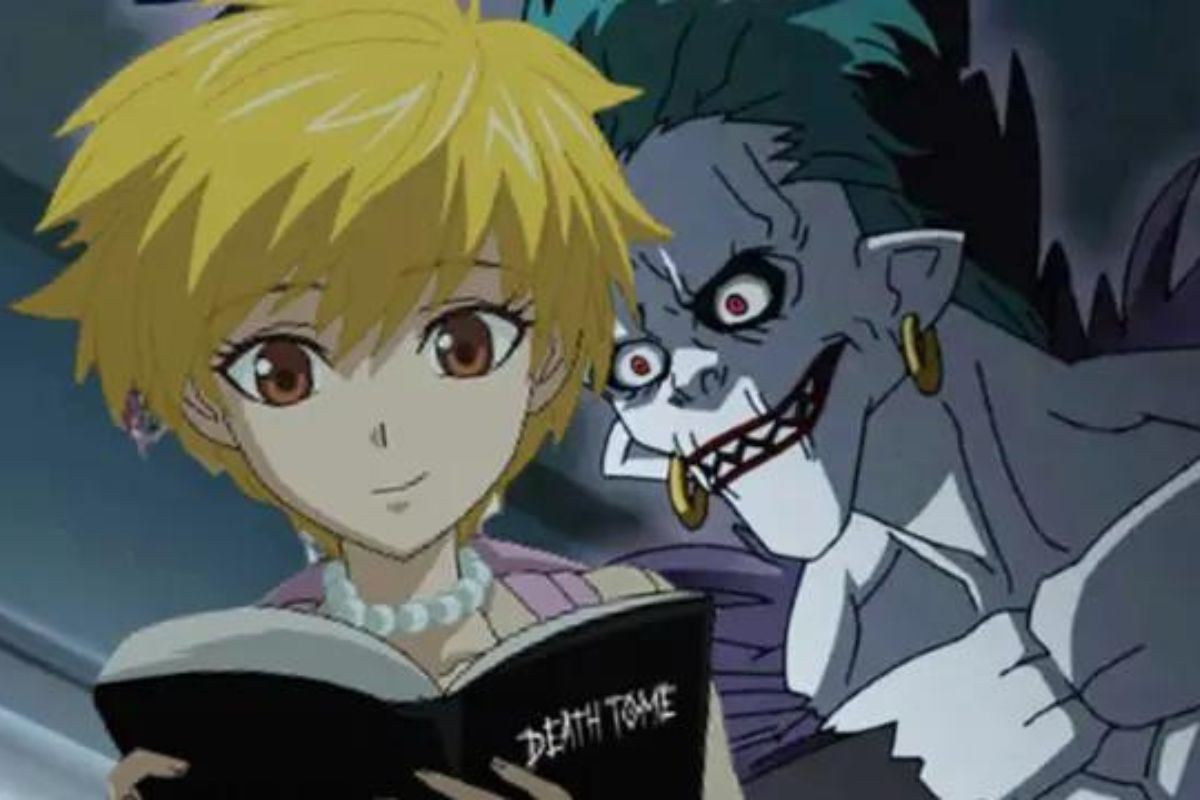 The much-anticipated parody of Death Note will arrive on October 30, 2022. So, do you want to watch it for free? Make sure to read the complete article.

The official synopsis for The Simpsons Death Note Parody says – “In a book-themed trilogy, Marge’s resentment takes unexpected form. Lisa attempts to rescue the planet through an anime murder spree and in a segment that breaks Matt Groening’s greatest rule: Homer learns he is not the man he believed he was.”

The Simpsons Death Note Episode Teaser Is Out

Finally, the much-awaited teaser of the Simpson’s Death Note episode is out and it’s ruling the Internet. As the teaser starts, it unveils the character of Lisa Simpson as she is walking down a road. She seems to be a bit annoyed with the level of pollution and animal cruelty happening across the globe.

However, as she deals with her inner thoughts, a mysterious book quoting, “Death Tome”, pops up in front of her. As she picks it and decodes the writing on it, the book reveals, “Any person whose name is written in his book will be demise… he/she will be dead.”

Where To Watch The Simpsons Death Note Special Free Online?

The Simpsons Treehouse of Horror XXXIII will drop on FOX in the USA at 8 pm EST, on October 30. However, if you are from the UK, the Simpsons will be out on Sky Showcase on October 31 at 7:30 pm BST.

Where Is The Simpsons Death Note Special Streaming Now?

The Simpsons Death Note has aired on Fox and now it’s time to cater to the online audience. The Simpsons Treehouse of Horror XXXIII will drop on Hulu on October 31, 2022.

If you are from the UK, you won’t be available to watch the parody online at the moment as it will not drop on Disney+ or any other platform in the region.

How To Watch The Simpsons Death Note Online In UK?

The Simpsons Death Note special is not yet available on any OTT platform in the UK. So, if you are an anime lover living in the UK, you will have to use a VPN to access the new chapter.

So, are you excited to watch Simpsons Death Note Parody? Share your views in the comment section. Also follow, Sassyshows for more interesting articles and updates…

Read More – Bad News For Fans! Death Note Season 2 – Is There Going To Be A Sequel?