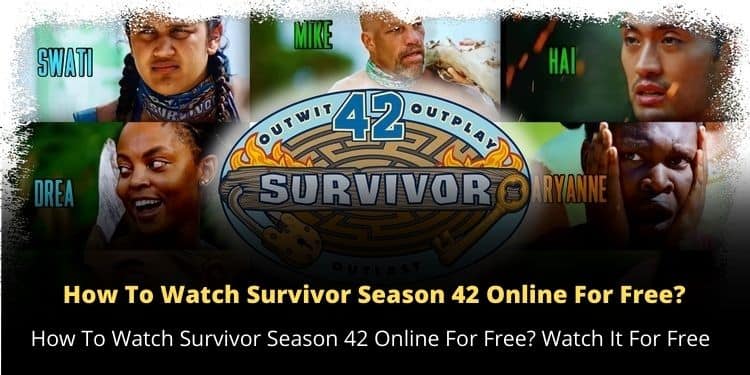 Today, the internet is loaded with tons of reality shows. However, many few of them managed to claim success so immense as Survivor.

So, on heavy fans’ demand, the Emmy-winning show, Survivor is coming back with its 42nd season. But how to watch Survivor Season 42 for free online? Here is everything we know. Things are getting heated up as 18 contestants are back on the land of survival to chase a $1 million prize pool. Season 42 is coming back with the most exciting set of competitors and a bag full of thrill and twists.

The new season will be bringing 18 super new contestants, one of them is going to be a cancer survivor, one will be All-American Athlete, and one is going to be a world record holder. So, fans are you ready to dive into the world of thrill, action, and drama? Here is how you can watch the new season of CBS’s top reality show.

How To Watch Survivor Season 42 Online For Free?

Season 42 will be premiering on the CBS TV channel. So, if you can squeeze out some time from your schedule it’s best to watch it on cable.

But if you want to watch it online, we have tons of options for you. If you fail to watch the new episodes live on their premiere, you can tune into Paramount+ to enjoy them online. To watch them for free, you can try the free trial option of Paramount+ but later you will have to shift to the premium version to watch all episodes of Season 42.

You can watch the thrilling trailer of Season 42, below –