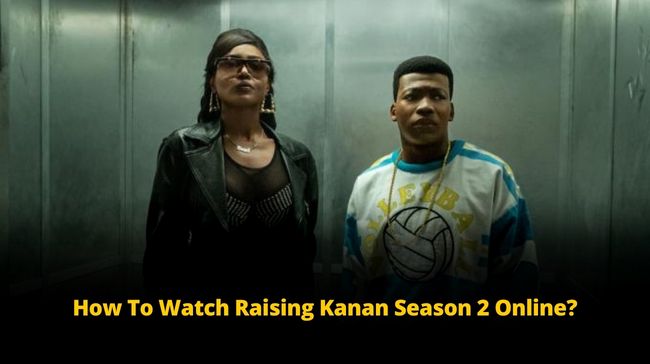 We have some good news to share with you!!!!

All the Power viewers, raise a toast as Season 2 of Raising Kanan is out now!!

The Drama prequel series Raising Kanan – Power Book III has returned with its much-awaited season 2 and is out now on Starz. It premiered on Sunday, August 14, 2022, at 09:00 pm!!!!

The Power Universe is out now with its second spinoff, a prequel to the Power series, Power Book III: Raising Kanan.

This installment focuses more on a young Kanan Stark, a teenager living in Jamaica in the 90s. This season explores the different arenas of how Kanan becomes the man we saw in the main Series.

His relationships with his family and his work profile as a cocaine distributor are essential in creating his persona.

This crime drama is produced by Curtis ’50 Cent’ Jackson, whom we all know as the antagonist in the main Power show. Mekai Curtis plays the role of younger Kanan, and other stars, namely Patina Miller as his mother, Raquel Thomas, and Omar Epps, who plays the role of Detective Malcolm Howard.

How Many Power Books Are There?

The Power Book IV: Influence has been canceled, and it has officially been announced that Starz is not going ahead with the spinoff Influence.

How can you watch Raising Kanan Season 2?

The prequel to the Power Series – Power Book III – Raising Kanan is out now, with its season 2 premiering exclusively on Starz and the Starz app on August 14, 2022, Sunday.

Will there be Raising Kanan Season 3?

Season 2 includes a few new cast additions like Krystal Joy Brown from Hamilton, The Sopranos’ Michael Rispoli, and Paloma Guzman. The heads have already announced that Raising Kanan is up for Season 3, and the production of it will soon start in New York.

Speaking of getting up to date, here’s how you can stream every episode…

What comes after Raising Kanan?

Plans for Power Series in 2022

The Power team has just released the second season of its series Power Book III: Raising Kanan, which is the third installment of the Power Universe. The Series is available to stream on Starz.

The new episodes of Raising Kanan Season 2 were dropped on Monday mornings and were broadcasted on Starz on Sunday evenings in the US.

So if you want to stay up to date, do go now and stream every episode of Raising Kanan Season 2 on Starzplay!!