How To Watch Naruto In Order Free ? Know the...

How To Watch Naruto In Order? Know the best order to watch the series.

The Naruto franchise has delivered 3 insane TV series rolling over 1000 episodes and 11 power-packed movies. However, to get the true essence of the plot and know all the characters deeply, watching the show in the correct sequence is incredibly important. So, today we are here to guide you on how to watch Naruto in order.

We will guide you through the correct sequence and help you watch every single series – Naruto, Naruto Shippuden, and Boruto: Naruto Next Generations’ movies and TV episodes.

In this article, we will highlight a complete guide on how to watch Naruto series and mention the filler you can skip in order to get an edge on the anime experience. We will also highlight the parts that don’t affect the story and are simply boring for the fans. So, without any further ado, let’s jump into the article. 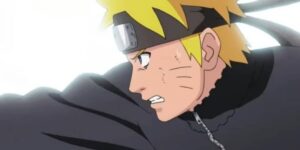 How To Watch Naruto In Order With Movies?

If you are a new viewer to the Naruto show, hassling through the vast library of the anime may be hectic for you. First of all, if you want to watch all Naruto movies online, it may be a bit troublesome as the complete set is not available on a single streaming platform.

8 out of 10 super entertaining Naruto movies are present on Crunchyroll and the viewers can stream them without any charge.

Similarly, some of the episodes and movies are also distributed on different streaming platforms. So, newbies may wonder how to watch Naruto in order.

For a few movies, you need to spend some pennies from your pocket. Check out the complete list of Naruto movies in order and know where you can stream them (Note – The list includes both unpaid and paid streaming platforms)

So, if you are curious about how to watch Naruto in order with movies, make sure to check out the above list. 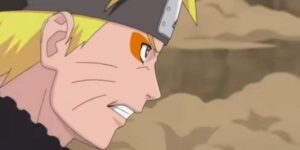 How To Watch Naruto Shippuden In Order?

Naruto Shippuden is one of the most exciting parts of the Naruto franchise. It’s rated as a fan-favorite with tons of reviews and the love of the viewers.

So, if you are wondering about the correct sequence to watch Naruto Shippuden, here is the order in which the viewers can watch the series –

Filler Episodes – You can skip the following filler episodes as they don’t connect you with the original story.

How To Watch Naruto In Order?

How To Watch Boruto: Naruto Next Generations In Order?

Naruto is one of the longest-running franchises and it’s still running with a new edition titled Boruto: Naruto Next Generations. It focuses on the next generation of Naruto and his son Boruto.

There are almost 50 Boruto episodes till date and one super-entertaining movie. If you want to watch Boruto: Naruto Next Generations, here is the correct order – 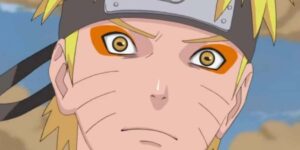 Where To Watch Naruto All Episodes & Movies?

There are some streaming services that offer free access to Naruto movies and series, while few offer paid viewership. If you want to watch the dubbed version of the Naruto series and movies, HULU is the best platform.

However, if you want to enjoy the show in the Japanese version, Crunchyroll is the most recommended platform. While most of the Naruto movies are available on Netflix.

How To Watch Naruto On HULU?

HULU offers a complete library of Naruto episodes. With over 220 episodes of the original Naruto series, 500 episodes of Naruto Shippuden, and all episodes of Boruto: Naruto Next Generations, HULU can be the ideal choice for Naruto lovers.

The platform offers both English and Japanese versions of the Naruto series. However, the platform is paid. Though it initially offers a free trial service for 30 days, ultimately the users need to get their membership.
HULU offers two membership options – $6.99 per month (With Ads) & $12.99 per month (Without Ads).
Frequently Asked Questions (FAQs)

Q1: How To Watch Naruto In Order On Netflix?

Ans – Netflix is one of the most reputed online streaming platforms as of today’s date. With a wide library of shows and movies, the platform ranks top across the globe. Naruto is one of the exclusive shows available on the platform.
Netflix offers paid members exclusive access to the nine seasons of the Naruto series.

While the two movies of Naruto Shippuden are only available on Netflix. So, the user can get their subscriptions to watch Naruto in order on Netflix. Netflix offers four plans to pick from.

Q2: How Do I Watch Naruto In Order?

Ans – Naruto franchise currently presents three parts – Naruto original series, Naruto Shippuden, and Boruto: Naruto Next Generations. You can refer to the article to know how to watch Naruto in order.

Q3: How To Watch Naruto Movies In Order?

Ans – Naruto presents 11 exclusive movies. Check out the “How To Watch Naruto In Order With Movies” column to get the complete guide. Crunchyroll offers access to 8 out of 11 movies, while 2 are exclusively available on Netflix.

Q4: How To Watch Naruto Series In Order?

Ans – If you are curious about how to watch all of Naruto in order, make sure to check out the complete article, we have offered an in-depth guide to all the movies and episodes of the Naruto series.

Q5: How To Watch Naruto In Order For Online?

Ans – If you don’t want to spend your hard-earned money on watching the show, you can tune into Crunchyroll. The streaming platform has all the episodes of Naruto, Naruto Shippuden, and Boruto: Naruto Next Generations in the Japanese version with English subtitles.

Moreover, the platform also offers an ad-free service for only $7.99 per month.

Q6: How Do You Watch Naruto In Order Online?

Q7: How To Watch Naruto Series In Order?

Ans – To watch the original Naruto series in order you can tune into Hulu, where you can enjoy English dubbed content. While the Japanese episodes with subtitles are available on Crunchyroll and Netflix.

If you are here it seems the article appeared interesting to you. Follow us for more entertaining and informational content. Share this article with your friends and comment down which is your favorite Naruto series or episode or movie.