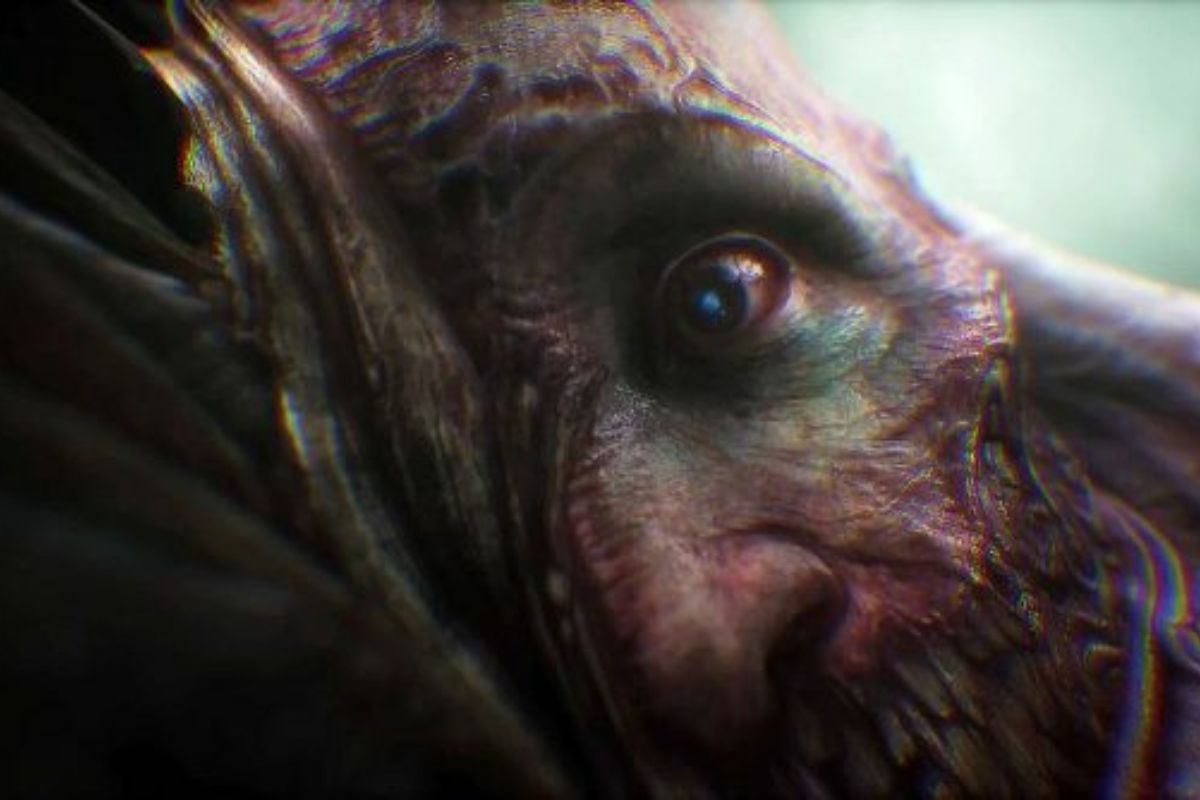 Today marks the release of the horror game Scorn for Xbox Game Pass and PC, and there’s a good chance you might get stuck on the game’s first challenging task.

Even at the start of Scorn First Puzzle, when it’s obvious you need to access the main door in the center area, Scorn is purposefully obtuse with practically all of its riddles until you grow used to its alien technology.

You’ll need some assistance to unlock this door, but it’s not fully clear how or even what you need to do to solve the egg riddle in the upper portion of this chamber.

So, how to solve the Scorn First Puzzle? Here is the guide…

How to complete the Scorn first puzzle – Rolling Gate Locked?

In Scorn First Puzzle, The little cave with the horizontal rolling gate is the first point in our Scorn Guide.

You’ll see a device with a boom that looks like a tube close to the entrance. Engage your arm in it.

After that, insert both arms into the console close to the gate. Select the left door mechanism now, then click the mouse to turn it on. The gate will open as a result.

Activate the rolling mechanism on the right side by switching to it now. The gate opens before slowly closing once more. You must swiftly exit the interaction mode and rush through the partially open fence.

To solve the Scorn First Puzzle follow the circular path up to the ominous rock in the middle of the cave.

Use the large lever to the left at the top to activate a top-down perspective. Around the rock, you can see a rail system with multiple switches.

Select the southeast switch now, then drag it with the left mouse button.

Away from the circuit is where the rails must point. Soon, “something” will need to be transported on the rails. Leave the conversational mode.

You may see a smaller cave with a strange treatment room east of the iron gate from the central cave. There is a grasping arm above it. Go up by turning the lever inside.

Continue straight and enter the cave up ahead to reach the massive machinery. As you look forward, there are two switches on the small console to your left and another arm-operated device on the console to your right. The trays can be moved over the hardwood grid using the arm.

Bowls should be moved so that access to the left-center is clear. The two striking bowls with the light spots must be moved to the grid’s upper left corner.

Do not be alarmed; this is planned. Return to the appropriate console. All the shells must now be positioned to the right of the second bright shell.

Use the left console once more after positioning the second light shell over the signal. Unrecognizable creatures will be removed from the bowl and transported downward in the paternoster-like elevator to the left. Leave the interaction mode and take the elevator back to the main cave, which solves the mystery of the Scorn First Puzzle.

Read More – We Bet You Missed These Shocking Details In GTA 6 Leak!!