Fans Are Going Crazy After Knowing How Old Is Goku

How old is goku? His Saiyan age will surely shock you. Here is all we know.

Despite his young appearance, Goku is said to be 14 years old when his quest begins. Goku was eventually introduced as a 11 years old kid, with the explanation that when asked his age at the commencement of the Pilaf story, he had problems counting.

Goku competes in the 21st World Martial Arts Tournament at the age of 12 and faces Master Roshi in the final round. He goes on a search for the Dragon Balls in the same year.

How Old Goku Is In Each Dragon Ball Saga

At the age of 15, Goku battles Tien before facing his worst foe yet: Demon King Piccolo. Following that, the 18-year-old Saiyan battles the reincarnation of Demon King Piccolo and narrowly defeats him in combat.

The Saiyan Saga, which begins with a 23-year-old Goku rearing his small son, Gohan, is the first episode of Dragon Ball Z. Goku is said to be 29 years old by the time the androids’ preparations are finished.

Goku and his companions must prepare for another year after the androids are absorbed by Cell before competing in the Cell Games. When Goku (and King Kai) sacrifice themselves to save the planet from Cell’s internal self-destruction weapon, he is 30 years old.

Goku hasn’t physically aged a day in the last seven years because he hasn’t been alive. Goku is 37 years old, however, based on both of his deaths in the Dragon Ball world, he hasn’t been alive for eight of those years, bringing his physical age closer to 30. 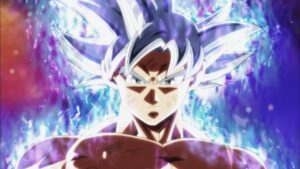 In Dragon Ball Super, Beerus, the God of Destruction, puts an end to Goku’s new conflict-free lifestyle when he returns to Earth in quest of the mythical Super Saiyan God.

Between Goku’s fight with Beerus and the return of Frieza in Dragon Ball Super, a year passes, putting Goku at 42 years old. Goku and his companions fight under Beerus against Champa’s team of Universe 6 warriors shortly after defending Earth from the rebuilt Frieza Force.

When Goku, at the age of 43, battles seven teams of ten fighters from other universes, he encounters one of the most difficult tests of his life. Super Hero has moved closer to the End Of Z Saga, Dragon Ball Z’s last arc.

This means Goku will be a little older, perhaps in his mid-to-late 40s psychologically, albeit physically he will still be several years behind due to his multiple deaths.