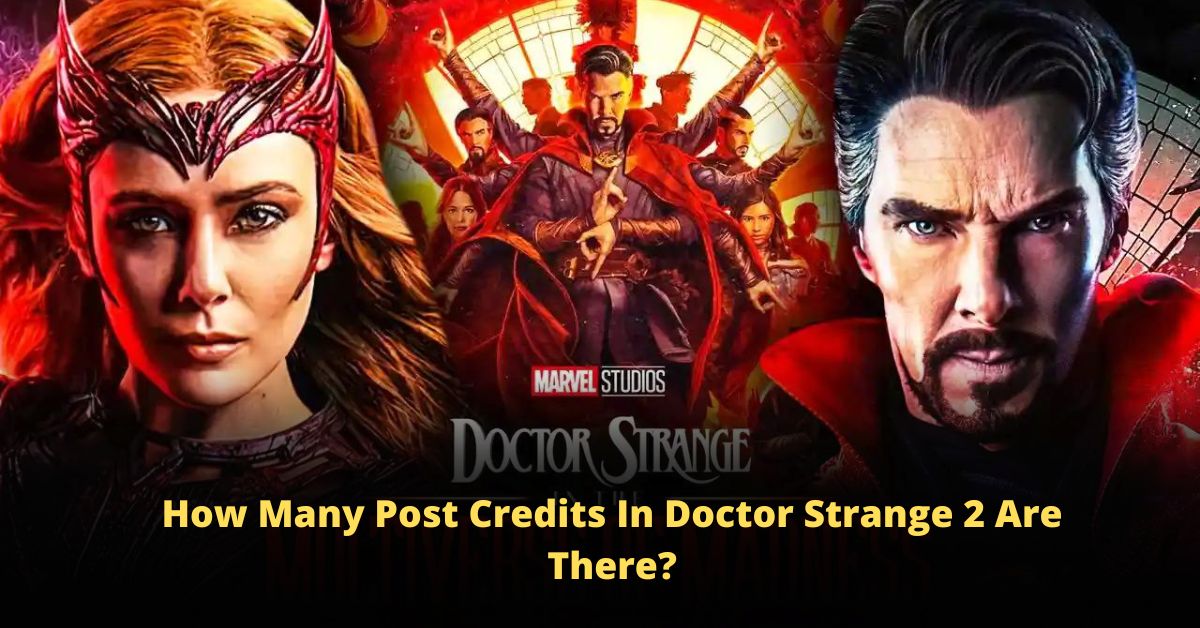 If you walked out of the theatres just before the post-credits scene, you may be wondering how many post credits in Doctor Strange 2 are there? Make sure to read the complete article to get you to answer.

Marvel’s biggest venture, “Doctor Strange in the Multiverse of Madness” is now available in the theatres.

This adventure, which acts as both a sequel to 2016’s “Doctor Strange” and a direct follow-up to both the Disney+ original series “WandaVision” and last year’s blockbuster “Spider-Man: No Way Home, Dr. Stephen Strange returns as the titular character.

This time, the good Doctor (portrayed by Benedict Cumberbatch) embarks on a multiverse-hopping adventure alongside Wanda, aka the Scarlet Witch (Elizabeth Olsen), and newbie America Chavez (Xochitl Gomez).

This new “Doctor Strange,” directed by Sam Raimi, who helmed films like “Evil Dead II” before driving the original “Spider-Man” trilogy, is dreadful and frequently downright terrifying. There are lots of surprises as well.

After that, read down for a full examination of the Doctor Strange 2 post-credits sequences, revealing who *that* was, why it was so significant, and how one statement might be setting up future Marvel adventures.

But, when it comes to “Doctor Strange in the Multiverse of Madness,” one question stands out: How many post credits in Doctor Strange 2 are there? Sassyshows is here to respond to all of your questions and more… RIGHT THIS MOMENT.

Is There A Credits Scene In “Doctor Strange in the Multiverse of Madness”?

Yes, without a doubt! Here, we’re talking about Marvel Studios. When Samuel L. Jackson appeared after the credits for the first “Iron Man” in 2008, they essentially invented the post-credits sequence. But how many post credits in Doctor Strange 2 are there? Here is all we know.

The first post-credits sequence in Doctor Strange 2 follows up straight after the main movie’s final scene. It appears to resolve the sequel’s cliffhanger.

Where did Doctor Strange’s third eye go? For the time being, at least, the ex-Sorcerer Supreme has the black magic problem under control.

On the other hand, his new guest is beyond his control. A lady in purple (named ‘Clea’ in the titles and played by Charlize Theron) approaches Doctor Strange while strolling along a New York street and informs him that “he created an incursion… and we’re going to cure it.”

How Many Post Credits In Doctor Strange 2 Are There?

There are two which is about normal for Marvel Studios films. (Remember how there were five credits scenes in “Guardians of the Galaxy, Vol. 2?”) One scenario occurs after the amazing Rorschach test-inspired main-on-end credits sequence. In contrast, the other occurs after all the caterers and special effects artists have been appropriately honored.

Is It Necessary For You To Stay Forr Both Scenes?

Yes, most likely. Both moments are quite enjoyable and amusing. They perfectly complement the pleasant madcap tone of “Doctor Strange in the Multiverse of Madness.”

So, if you were wondering how many post credits in Doctor Strange 2 are there, we hope you got your answer. If you have not yet watched the movie, what are you waiting for? Go grab your tickets to the nearest theater.

1 thought on “How Many Post Credits In Doctor Strange 2 Are There? ”