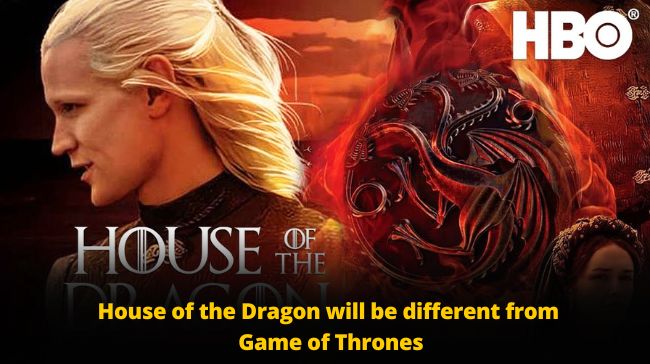 Game of Thrones, the one series that caught the world’s attention, is set to return with its prequel series.

Game of Thrones, which was released back in 2011 in the mid of April, is a combination of politics, ancient kings, thrills, and many other things. In the early phase, it didn’t get much attention.

However, as the new season kept coming, the crowd’s curiosity also started surging. Up till the 7th season, they successfully kept them on the top.

However, season 8 proved to be a disaster and was despised by the audience. Since then, the show has lost its charm.

Now its prequel House of the Dragon is coming and has somewhat made it think it will duplicate its original series. Justifications have been given by the production team, which we will find out soon.

The son will not follow his father’s path: what seriously?

The prequel “House of the Dragon” has somewhat become the impact of negativity. Based on the performance of its original show, the crowd has already made its image.

However, the production team has some different views on the same. They have passed the statement that “House of the Dragon” is nothing like “Game of Thrones.” The creative team that played a role in GOT has nothing to do with the prequel.

Furthermore, as the series is coming up next month, the direction of questions is shifted over what “House of the Dragon” has to offer.

In simple words, what is the potential of the prequel? After some interviews with the director and knowing their ambitions, it seems the series will break the charts. Well, the excitement is the crowd is still there, and they are eager to know what this prequel holds.

The House of the Dragon is the upturn of the franchise and not the downturn:

As the discussion over the prequel of GOT goes on, the direction team claims that the “House of the Dragon” will put the franchise back on the map.

Many viewers have questioned whether there is any need for the prequel to GOT. It already conveyed it wants to. In the reply, the direction team affirms that the prequel is poles apart from its original.

The story’s rise and the era of the Targaryen dynasty are the story’s core. Horde will get to know what the actual Targaryen era was, which, as far now, they have only heard of.

Moreover, Ryan Condal (one of the co-showrunners) said in one of his interviews that the “House of the Dragon” is entirely different from the Game of Thrones and can’t be compared with each other. Although the GOT was not up to the mark, the audience still has some expectations from the “House of the Dragon” and is patiently waiting for its release.