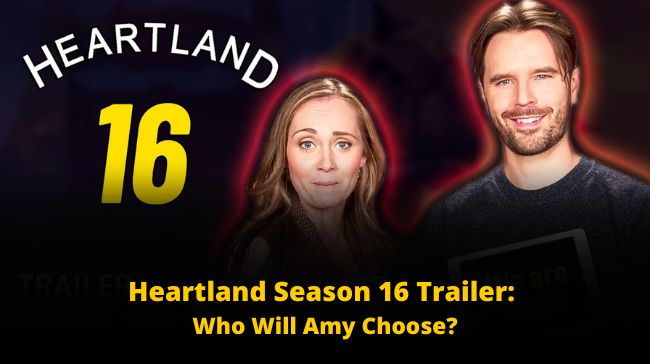 Heartland season 15 has concluded and the fans are already craving for the next season. Social media is booming with storms of comments and theories from fans. So, if you are also a Heartland lover, crawling on the Internet to get hands-on Heartland Season 16 trailer and more updates, this article is for you.

Today, we will share some amazing spoilers and the release date of the Heartland Season 16 trailer, and more. So, make sure to read the complete article.

Is There Going To Be A Season 16 Of Heartland?

Heartland has turned out to be one of the fan-favorite shows of all time since 2007. The fans are simply obsessed with watching the incredible story arcs of the beautiful characters. The atmosphere, lighthearted themes, and the relationship between the characters have attracted the fans.

While most of the elements of the show impressed the fans, not everything seems to make them happy. After Heartland 14, with the death of Ty, the series has garnered a lot of negative reviews and criticism.

The elimination of a fan-favorite character from a so popular series such as Heartland is a big move from the creators. So, with the exit of Ty, the creators are now trying to restore back the popularity of the series.

Heartland is rapidly emphasizing on other characters other than Amy and it is highlighting there is still hope in the aid. So, the fans are curious to see what happens next and how the show finally gains momentum. They are craving the Heartland Season 16 trailer to see how things shape up next.

In Heartland Season 15, we saw Lou trying to figure out whom she loves and what will be her next step in her love life. After a complicated breakup with Mitch, she realized that neither Peter nor Mitch was there to lift her. However, the fans liked watching Lou as an independent woman after her breakup.

But, as the story proceeds, we saw her urge to call Peter and she took him back into her life. So, with the arrival of the Heartland Season 16 trailer, we believe the couple will figure things out and settle back into a happy life.

But what about Amy? Well, in the new season, we expect to see Amy finally happy again. In the last season, we saw her flirting with both Sam and the grandson of Jack’s old friend. So, Amy’s love life will reach a proper closure and she may settle with one of them. Most probably, the Heartland Season 16 trailer will give a glimpse of Amy’s love story.

When Is Season 16 Of Heartland Coming Out?

The good news is CBC has finally renewed Heartland for Season 16 on June 1. Moreover, the new episodes are scheduled for release in fall 2022. So, the new Heartland Season 16 trailer will arrive after a few months.

So, fans, what do you think about season 16? Does it deserve a hype? Tell us in the comment box.