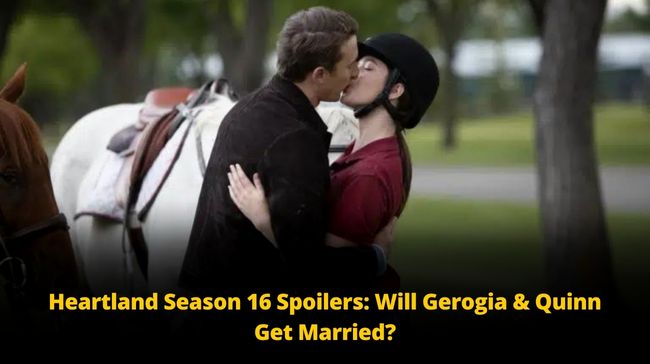 It’s been a while since Heartland Season 15 has come to an end. Normally, the fans get crazy after the departure of a show and they start craving for a new season. However, after Ty Borden’s exit from the Heartland, the popularity of the show is leaning down. But, there are still fans who have high expectations from the series and they believe Season 16 will be bringing something out of the box. So, today, after hustling through the corners of the Internet, Sassyshows has grabbed some amazing Heartland Season 16 spoilers.

Heartland Has Been An Obsession For The Fans!!

Heartland is like an old wine. As the series grows older, it is manifesting more and more viewers. The fans are connecting more with the characters. Therefore, the bitter moments in the show create a terribly big impact on the audience.

With Ty’s exit in Heartland Season 14, the fans broke down in tears, They found it difficult to overcome his death as the pain and sorrow of Amy made the fans emotional. It took days to acknowledge the harsh truth that Ty is no longer in the show and Amy will have to continue her life as a single mother. Ty’s death caused a huge impact on the fans, the story, and the rating of the show too. While Ty’s death was a sudden shock, it turned the fans more and more protective towards the rest of the cast as their loss is something the fans feared off!! In fact, in season 15, the fans missed one character – Georgia, who never showed up. Even her name was only mentioned once or twice in the whole season. The story revealed she is in Florida, training for the Olympics.

However, her absence has left the fans in melancholy. They are more than eager to welcome her back to the show. However, a simple comeback will not be enough as the Heartland plot needs a boost.