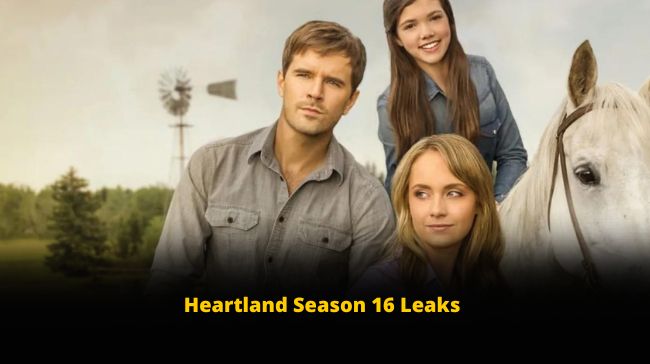 With the new season of the fan-favorite series, Heartland knocking at the doors, Sassyshows is here with some super-awesome Heartland Season 16 leaks and spoilers. But before rushing out all the news, first, let’s discuss Heartland as a Tv show and why it garnered so much love from the audience.

Don’t miss out on this article if you are a Heartland fan as we have dropped some really awesome Heartland Season 16 leaks below.

Heartland Is Ruling Over Million Hearts!!

Heartland is presently the longest-running Canadian Tv show that is still on the air today. The series brings all elements of entertainment. Whether it’s sizzling hot scenes, crispy drama, mind-boggling romance, or sensational stories, the series has impressed the fans at every point.

The series follows the Fleming-Bartlett clan, which is a rancher family with lots of unique and heartwarming characters. The show grabbed the limelight for its wholesome content. While the story keeps the audience hooked up, the characters add extra spice to it.

The journey of the Heartland characters has been a prominent part of the lives of the fans for around 15 years and now, the fans have just gotten attached to them. Since the majority of the character members have remained unchanged throughout these years, the show gained a more realistic appearance. The most interesting thing about the cast is many of the cast members really live lives similar to Heartland. That is to say that they have ranches, horses, and adorable families that they lean on every time.

Though Heartland has maintained its position as one of the most-watched Canadian series, the last few years have been a rough journey for the series. Since the show lost one of its main characters, Heartland is slowly losing its spark. Graham Wardle, who played Ty Borden stepped out of the show, which made the fans upset.

Recently, Amber Marshall, who plays the role of Amy Fleming in Heartland, dropped a YouTube video on her channel to confirm that Heartland Season 16 is on its way.

Although the fans already know that Heartland is too big to be canceled anytime soon, still the lack of official announcements created panic among them. So, finally, Marshall cleared the air, revealing the status of Heartland Season 16. She also revealed that the new season will bring 15 fresh episodes loaded with excitement. As per the Heartland Season 16 leaks coming out, we expect the show to make sure that despite the absence of its main character, it has much more to offer. To do this, the show may introduce some new faces to replace the old ones.