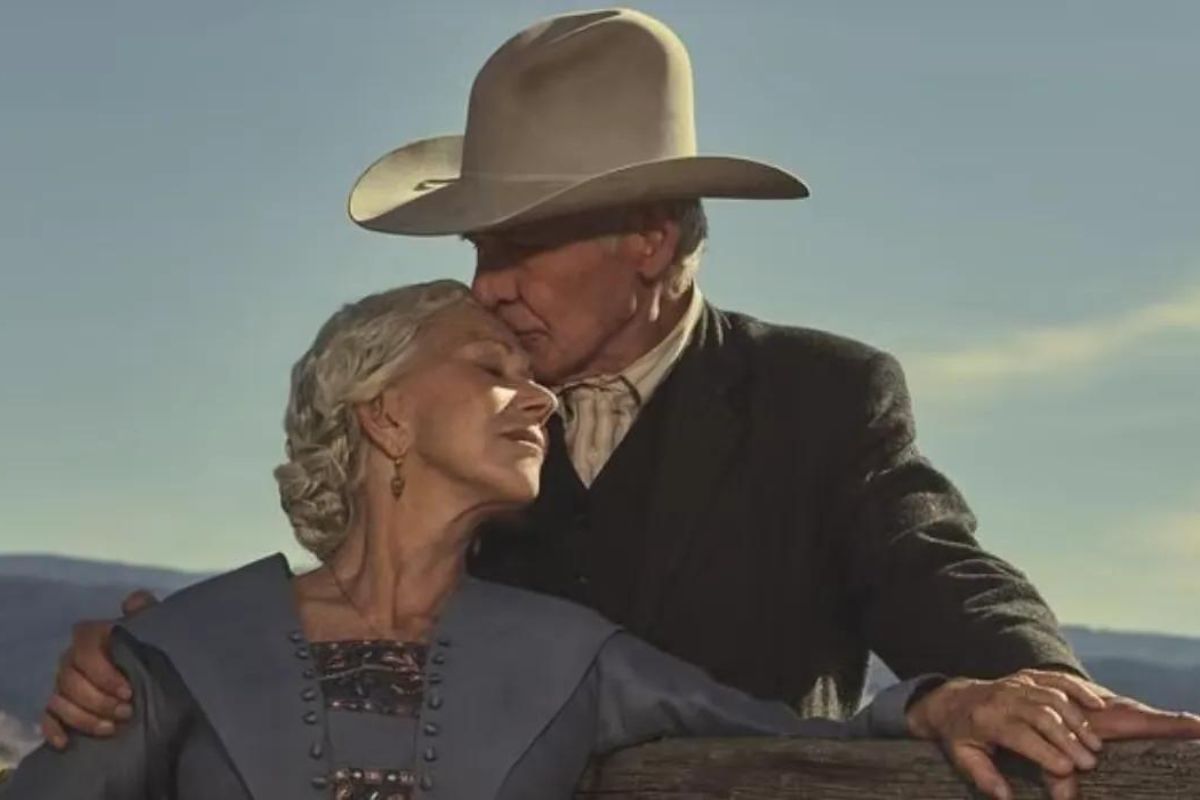 A first look at “1923,” the upcoming limited series spinoff of “Yellowstone” starring Harrison Ford and Helen Mirren as the Dutton family’s patriarch Jacob and head Cara, has been released by Paramount+.

The trailer’s narrator claims that violence has “always haunted this family.” “It came after us. And when it doesn’t, we go looking for it. We look for it.”

Two seasons, each with eight episodes, are planned for the new show and it’s going to be super intense.

In Paramount’s first sneak peek from 1923, Harrison Ford Helen Mirren Yellowstone getup appears as though they were plucked out of the Wild West of the 1920s.

The two main characters are seen hugging each other across a fence in the primary image, with Ford kissing Mirren on the forehead.

In other photos, Mirren can be seen gazing longingly off into the distance. In another, she is shown in her entire costume, a blue garment with embellishments, as she rubs her forehead.

Ford is pictured posing from various angles while riding a dark brown horse while wearing a white cowboy hat and a black suit.

Two seasons are planned for the new show

They contain eight episodes every season. The early 20th century West is explored in “1923,” when pandemics, a record-breaking drought, Prohibition, and the Great Depression all afflicted the frontier where the Duttons live.

The second prequel for Taylor Sheridan’s popular television series “Yellowstone” is called “1923,” and it comes after “1883,” which aired last winter and starred Sam Elliott, Tim McGraw, and Faith Hill.

It is produced by MTV Entertainment Studios, 101 Studios, and Bosque Ranch Productions.

The show will premiere on Paramount+ on December 18. Clara has the “capacity to adapt, to shift,” as Mirren explained when asked how her character would fit into this. That applies to women in general. Women are typically more adaptable and receptive to new ideas.

The show’s first season will have several problems that the couple will need to overcome to keep their farm operating and maintain their excellent reputation in the community, as Ford also informed viewers.

Read More – What Channel Is Yellowstone On? How To Watch It For Free Online?