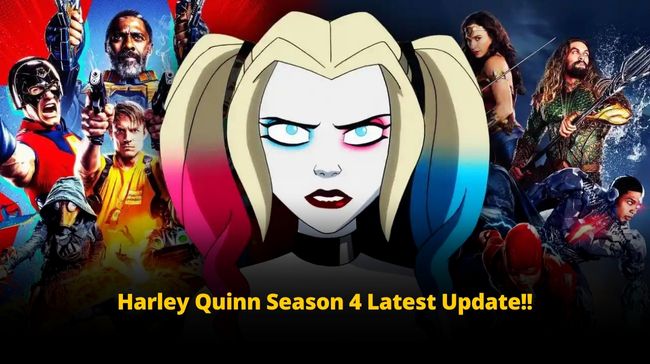 Harley Quinn, the famous crazy, dangerous girl, is quite renowned for his role as “The Joker” girlfriend.

Joker is a well-known criminal well known for their criminal deeds, wherever he has laid his legs. They both started dating when Harley visited Joker in the Arkham Asylum. While treating Joker, Harley became attracted to Joker’s personality.

Though she has a Ph.D. in physiatrist, she can’t resist the charm of “The Joker”. Since then, they both fall in love and perform several great deeds. However, due to some reason, they broke up and have never seen each other since then.

So, after the third season, we know you are craving an update on Harley Quinn Season 4!! So, here it is!!

Harley Quinn season 4 and its update!!

As per the response received by the audience towards Harley, the WB Bros and HBO Max team decided to launch its anime series to see how much the audience loves Harley.

Surprisingly, when the series received a great response in 2019 when it made its first debut, the rating of the show skyrocketed on the charts. However, due to COVID 19, they show other series got delayed.

But astonishingly, two years later, when the show popped on HBO Max, the crowd’s excitement was over its peak. Even the producers didn’t expect such a response after the break of two years. Season 3 of Harley Quinn, released on 29th July 2022, has shaken the ratings.

The crowd was so happy with its direction and humor that they couldn’t wait for its next season.

Though the news of the season is not official yet, after seeing the attention it has gained, directors are pretty sure that the Board would not deny the approval. Fans are quite excited and are buzzing with comments about news of Harley Quinn Season 4.

Why does the news of Harley Quinn season 4 look promising?

After the cancellation of the Batgirl film and some other projects of DC like Wonder Twins movies and the Strange Adventures series being removed, fans are curious to know about the state of other DC projects.

Harley Quinn has already faced the threat of cancellation; however, after seeing the response of Season 2 and Season 3, it is pretty sure that WB Bros and HBO Max board don’t want to lose viewers.

Previously, some of HBO was looked to be a safe bet. However, its merger with the discovery has some other plans.

Views of writers and executive producers on Harley Quinn Season 4!!

In an interview with “The Wrap,” the writers and producers Justin Halpern and Patrick Schumacker are very optimistic about the project as any other series have not challenged the response received by it.