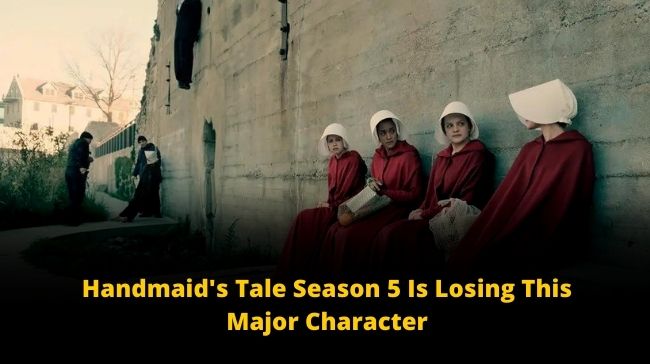 In light of this, viewers are eagerly anticipating what happens next, following Season 4’s dramatic cliffhanger, which appears to have steered the dystopian tale in a different direction.

So, Sassyshows is here to pass a glimpse of the Handmaid’s Tale Season 5 storyline.

Handmaid’s Tale Season 5 – What To Expect?

Elizabeth Moss headlines the series that is based on Margaret Atwood’s dystopian novel with the same title.

The story takes place in a future society ruled by a patriarchal, totalitarian white supremacist organization known as The Sons of Jacob, who forms a new nation called Gilead after removing government officials from the United States government.

Speech freedom is limited and human rights are stifled and women are considered to be the lowest class of society. They are not allowed to own wealth, have a job, or make choices.

The women are considered property and women who are fertile are referred to as Handmaids. They are trained to bear offspring for their commanders.

The Handmaid’s Tale” concluded its fourth season with “The Wilderness,” the final episode of the series.

The last episode marked the climax showing June Osborne (Elisabeth Moss) holding her newborn daughter while bathed in the blood of her longtime captor and abuser, Fred Waterford (Joseph Fiennes) who she was about to kill in the woods, with the assistance of the other handmade.

This Major Character Will Not Return In Handmaid’s Tale Season 5!!

Alexis Bledel revealed she will not be returning to Handmaid’s Tale Season 5, which leaves a question – what will happen to her character of Emily, who is also called Ofglen.

The actress released a statement which included the following “After some reflection, I realized that I needed to take a step back from ‘The Handmaid’s Tale At this point.”

In “The Handmaid’s Tale,” Emily is a former college professor who holds a Ph.D. She initially appears, at first, to be apathetic and submissive.

It is later revealed that she may be an active member of Mayday, which is the group of secret resistance.

The last time she appears on the show is helping June in her assault on Gilead and the commander Waterford (Joseph Fiennes) as well as helping Moira (Samira Wiley) help and bring back the children released in the revolt. Together with her son Simon, Emily escapes to Canada.

So, what do you think will happen to Emily’s character? Tell us in the comment box…

Read More – Yellowstone 1932 Series Will Be The Best Prequel Ever… Here’s Why!!