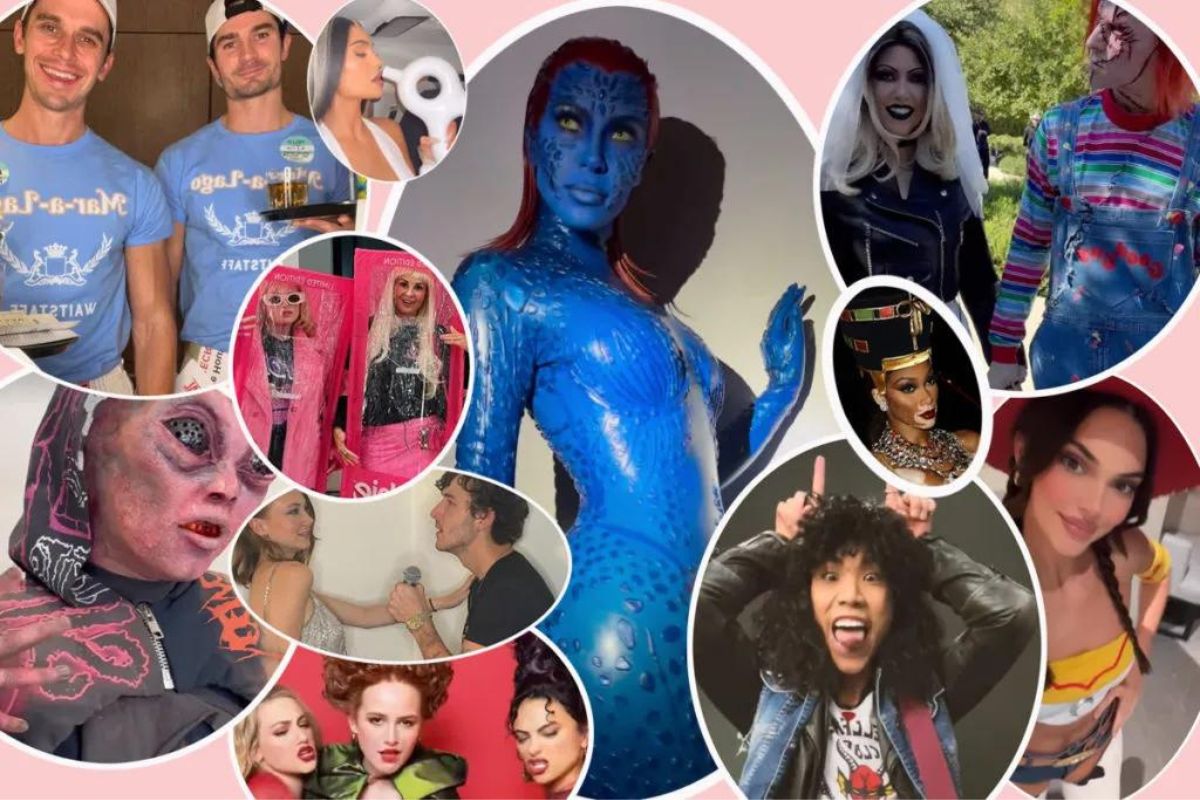 Even though the spooky holiday doesn’t officially begin until today, celebrities have already debuted their creative costumes online and in real life during the last weekend.

Parties took place, notably in The Standard’s Boom Boom Room in New York City, people dressed up with their families, and everyone had a blast.

Our favorite celebrities began the party early by debuting many pristine iterations of jaw-dropping outfits to start the Halloweekend. So, which are the best Halloween 2022 celebrity costumes? Here is the complete list – The creator of Kylie Cosmetics rocked three incredible looks. She first wore numerous outfits that bore homage to the 1935 movie The Bride of Frankenstein, including a Glenn Martens-designed couture Jean Paul Gaultier gown. She dressed as a seductive Elvira, Mistress of the Dark, for her second costume of the weekend.

Kim Kardashian is serving blue steel, and the X-men are trembling. The reality television personality and business mogul is dressed entirely as Mystique.

She later changed into a Versace vampire, decked out in a seductive all-black attire that included a bra top, miniskirt, opera gloves, garter, and gold chain belt that spelled out the name of the Italian fashion house.

Justin Bieber, dressed as the Cookie Monster in a comfy blue onesie, was seen with her when they were out.

Through a remarkable full-body metamorphosis, the singer-actor successfully assumed the identity of Diva Plavalaguna, the alien singer from The Fifth Element.

For their first Halloween together as a married couple, Mr. and Mrs. Barker donned costumes as Chucky and the Bride of Chucky.

The model recreated Beyoncé’s 2003 “Me, Myself, and I” music video that looks like a tribute to the singer.

Several parts from the 2000 cult classic mockumentary Best in Show were recreated by the former Victorious cast members, including Grande’s most recent Jennifer Coolidge impression.

The smallest Jonas took fun at Joe Jonas and ex-Taylor Swift by humorously recreating one of their most memorable stage performances.

The reality star initially became Sailor Moon, her “childhood icon.” Later, she wore an all-black ensemble with a cropped jacket, a miniskirt, and thigh-high heeled boots to channel a seductive FBI agent.

The singer’s realistic head-to-toe blue humanoid appearance, coupled with that of her artist lover DDG, allowed her to realize her Avatar character ambitions.

The Nope actress transformed into a lovely princess with extra-long box braids weeks after she responded to fans who asked her to play Rapunzel.

The model played Jessie from Pixar’s Toy Story 2 to appeal to nostalgia from the 1990s. And on Monday, she poked light at her widely shared cucumber-chopping scene from The Kardashians on Hulu by dressing up in a famous cucumber slice costume that parodied the episode.

Read More – How Many Michael Myers Movies Are There? Get Ready For Insane Halloween