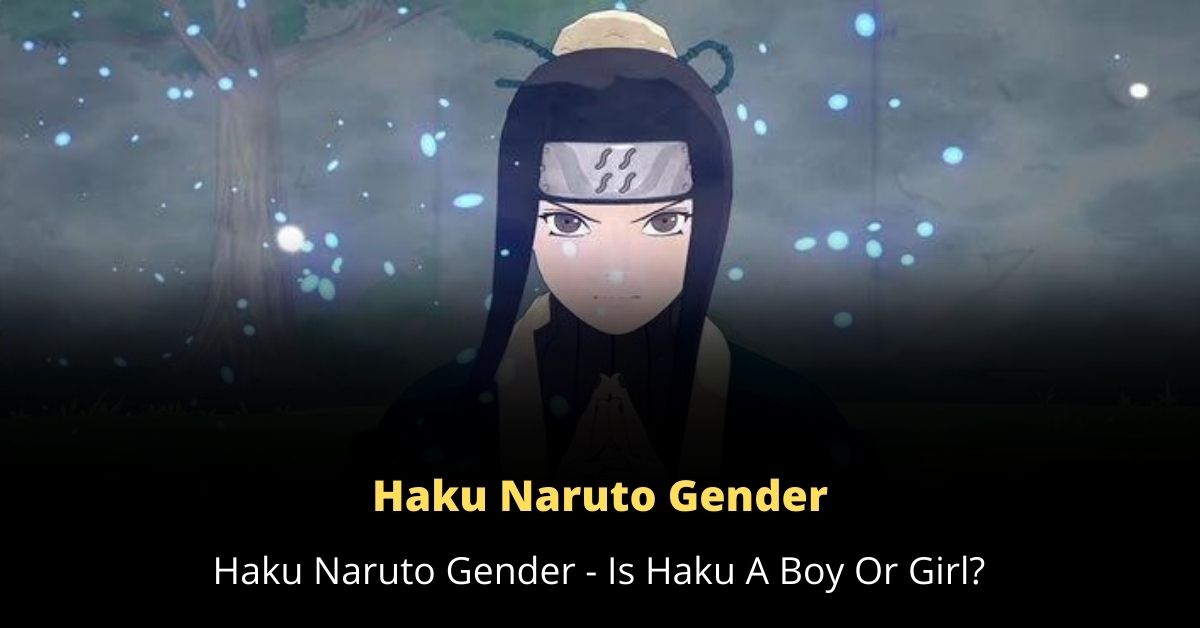 Haku is one of the most fascinating characters of Naruto. But one question that bothers the fans relates to Haku Naruto’s gender. So, is Naku a boy or a girl? Here is all we know.

As Naruto’s plot progressed, more and more now-famous characters were introduced. Haku, on the other hand, was a figure who was brought in and quickly discarded. Although this Zabuza’s underling was featured in one of the franchise’s earlier arcs, many fans are still curious about Haku’s gender.

Haku is a soft-spoken figure, and even Naruto is unsure what to make of the scenario owing to the character’s appearance. Despite this ambiguity, Haku’s gender is stated plainly in manga and anime.

The “Prologue – Land of Waves” arc was one of Naruto’s first, taking place before the Chunin Exams. Zabuza, a ninja with a massive sword, was the main antagonist in this story. Alongside him was the much smaller Haku, who was similarly dressed in a less overtly male manner. Many people mistakenly believe Haku is female because of this, paired with his quiet voice and kimono.

This is even mentioned by Naruto, who claims that the young person he meets is even prettier than Sakura. Haku, on the other hand, is a young man, not a young lady. He expresses this to Naruto, who subsequently expresses his desire to the young man. From then on, any uncertainty about Haku’s gender is resolved, and he is referred to as a boy for the rest of his brief existence.

There’s nothing in this origin that explains why Haku’s voice and appearance are so feminine. This is emphasized by some of his clothes, which are bright and pink. To be honest, in the East, guys with softer features and voices would be more normal, especially for someone as young as Haku.

Haku didn’t last long after Naruto met him, dying to protect his pal Zabuza. They were both eventually revived by Kabuto, but they were now mindless zombies with little resemblance to their former selves. Haku, the delicate-looking young man, hasn’t been seen since.

So, we hope your questions regarding Haku Naruto gender are clear by now. Make sure to tune into our websites for more interesting articles in the future. Happy Watching!