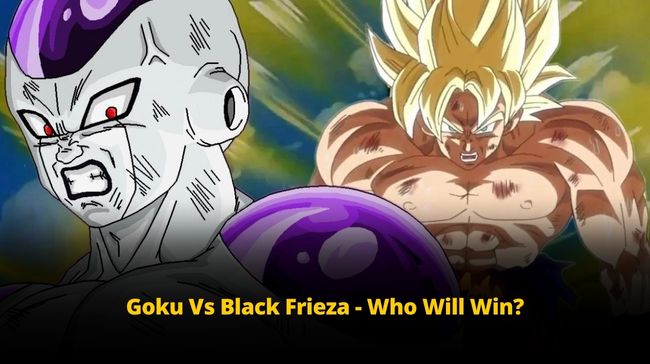 Goku and Frieza are opposite sides of the same coin in the Dragon Ball Universe. The only similarity between them is that they both are warriors.

Both have hunger which keeps on pushing them to attain new heights. But the purpose of them is not on the same page. One believes in peace and the other believes in chaos and destruction. Goku is considered to be a peacemaker, while Frieza is an agitator.

Though Goku is much younger than Frieza, his power level is way beyond him. In the fight between Frieza and Goku, Goku will easily beat him until the new form of Frieza comes into the picture.

Now the scenario is the opposite, and Frieza, with its recent form, can easily make Goku taste the dust with its all-new black form.

The energy level of Goku vs Black Frieza

Both of the characters have achieved a milestone in their power levels. However, there is still a question of who is more powerful – Goku vs Black Frieza?

Well, if the question were asked before the Black form came into the picture, the answer would be Goku.

But now, as we can see in the 87th chapter, how easily Black Frieza beat the crap out of Gas and even injured Goku and Vegeta simultaneously has shocked the entire DBZ fandom.

They are astonished to see how Vegeta’s Ultra Ego form and Goku’s True Ultra instinct were beaten like a punching bag. This clearly shows that with the entry of the new Black form of Frieza, Goku is no longer the strongest hero in Universe 7.

If we consider Goku’s history in training, we will find that the guy has not even left God to attain his maximum limits. While in the case of Frieza, we can see that apart from himself, he has not trained with anyone else.

While Goku has the blessing of Beerus: The God of Destruction, and his companion Whis, Frieza himself is his only friend. Some people also think that if Goku didn’t get the help of Beerus and Whis in training, Frieza would have been the most powerful being in the entire universe.

Never-ending arguments are already going on the internet for the same, and fans want to see how Goku will elevate himself to defeat this Black Frieza.

Conclusion of Goku vs Black Frieza

Eventually, we all know that Goku will surpass the power level of Black Frieza, but to see how? is the central area of fans.

They have always seen the Saiyans get elevated from time to time, like Goku with his True UT form, Vegeta in his Ultra Ego form, and Gohan in his new Beast form. Further updates are awaited from the DBS universe, till now stay tuned, and don’t forget to follow us.

Read More – Why Vegeta Is Better Than Goku?