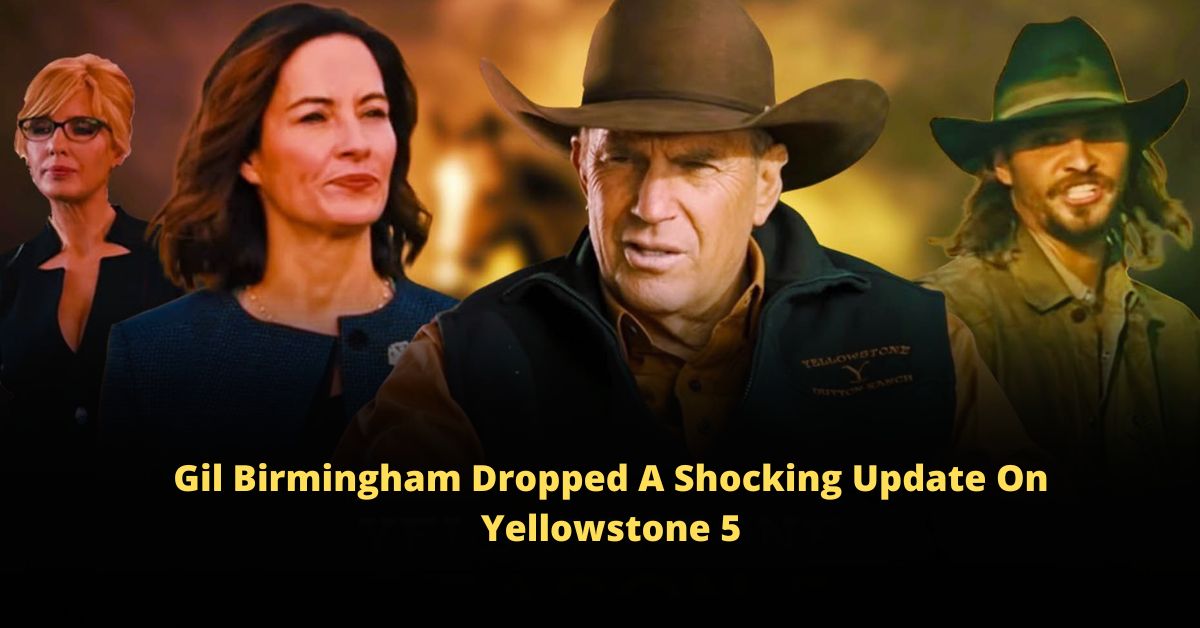 The fans eagerly waiting for Yellowstone 5, we have disappointing news for you. Recently, Yellowstone star Gil Birmingham made a shocking revelation on season 5 that broke millions of hearts. So, here is all we know.

Birmingham stated what he knew about Yellowstone 5 when chatting with E! News on April 27 about his upcoming series “Under the Banner of Heaven.”

He stated, “We haven’t even received the scripts yet.” Fans expecting an autumn launch of season 5 will be disappointed. Remember, Taylor Sheridan directed “1883” in a record-breaking period; perhaps he can do the same with Yellowstone 5.

Andrew Garfield, Birmingham’s co-star in “Under the Banner of Heaven,” verified that Birmingham couldn’t say anything further. “I know he’s getting ready to do the next season,” Garfield revealed, “but he’s not authorized to disclose.”

“He will not tell anything about the next season unless he dies.” Perhaps Birmingham knows more than he’s revealing? We can only hope that “no scripts yet” isn’t the end of the narrative.

Gil Birmingham reveals that the cast has yet to get their Yellowstone 5 scripts!!

In addition, Luke Grimes recently revealed what he believes is in store for Kayce in Yellowstone 5 chatting with Entertainment Tonight with co-star Kelsey Asbille.

Grimes indicated that something major might be in the works. Asbille expressed her excitement to learn more about Monica’s second pregnancy, and Grimes added, “Yeah, but who knows?” We may all die tomorrow. It’s similar to the [trademark] ‘Yellowstone.’“

“We never know what will happen. Next, you know?” he said.

We’re on the same ride as everyone else. We get [the scripts] as things come in, and we’re always eager to see what happens next. We have no notion what’s going to happen.” If they merely get them as they arrive, Gil Birmingham’s statement regarding the “Yellowstone” scripts makes more sense. Even the performers are kept in the dark, so the twists and turns catch everyone off guard.

In addition, Ryan Bingham of “Yellowstone” expressed his thoughts on Kayce’s mysterious comment at the close of season 4.

Kayce told Monica that he saw the “end of us” as he completed his vision quest. Some fans interpret this to signify the end of Kayce and Monica’s relationship. However, “Yellowstone” is rife with symbolism and multiple meanings.

Bingham revealed what he believed the “end of us” meant for Yellowstone 5 during a party for his relationship with Lone River Ranch Water. “Probably in the same way as American West culture.” He described it as “a fading breed.” He went on to express his relationship with the way of life. He stated, “It’s obviously where I come from.” “I grew up attending junior rodeos the same way you would go to Little League baseball.” It wasn’t simply a game to them. It’s a lifestyle.”

1 thought on “Gil Birmingham Dropped A Shocking Update On Yellowstone 5!!”