Creators Revealed Giganotosaurus Jurassic World Dominion Is Much Like Joker!!

Do you know where the famous line “Life finds a way” is coming from??

It is the most easily recognizable quote from our favorite movie franchise, Jurassic Park.

Colin Trevorrow, director of the Jurassic World Dominion, has compared this new gigantic dinosaur named Giganotosaurus with Joker – the arch enemy of Batman!!

Do You Know The Giganotosaurus Jurassic World Dominion?

As the new installment of the series is out – we can get a clearer view of the Giganotosaurus Jurassic World Dominion, the most intimidating species of the dinosaurs.

Have you not witnessed this gigantic creature yet??!!!!

After two successful hits by this franchise, the third installment of the Jurassic World Trilogy – Jurassic World Dominion premiered on 10th June 2022 worldwide, and this was what we dino fans have all been waiting for.

The Director Created A Buzz On Giganotosaurus Of Jurassic World Dominion!!

Colin Trevorrow, the maker of Giga, got the bushes moving when he stated that the Giganotosaurus in Dominion would be like the Joker and how the Giga wanted to watch the world burn.

There was quite a reaction from the fans all over to this buzz. But we have our take on what the Director would have meant when he compared Joker and Giganotosaurus Jurassic World Dominion.

Trevorrow added that Giga comes from BioSyn Valley, the company that stole InGen’s dinosaur embryos in the original film. “BioSyn got the contract to house the dinosaurs that have been captured worldwide via various governments,” explained Trevorrow. “They claim it’s a research facility where they can study the pharmaceutical values of the animals. But there’s some other stuff going on.” 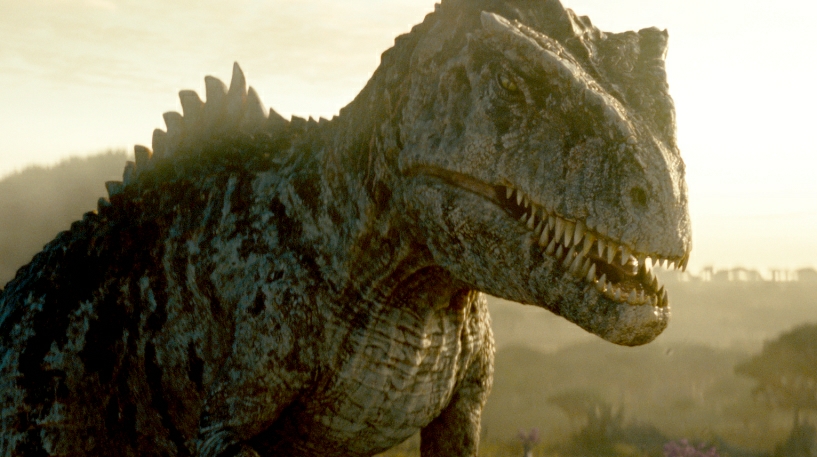 We are aware of the rivalry between the Giganotosaurus and the T-Rex in the past and how they wouldn’t see each other again until 65 million years later.

Although Giga showed up just like any other typical territorial predator, who the T-Rex threatened, things are not the same now.

BioSyn was able to get the DNA of Giga and cloned one… and this was now not just a typical predator!!! The testing process of BioSyn on Giga was so horrific and traumatizing that it is now no more a helpless creator but a dangerous theropod dinosaur.

Now, if we go back to 2019, Arthur Fleck – The Joker, was just an individual who was an average person despite his social conditions!!! And then it was the constant torment from the outer world that he became the Joker.

This could be the theory that the Director could have signaled when comparing the Joker to the Giganotosaurus of Jurassic World Dominion – He wants to watch the world burn!!!

Read More – We Bet These Jurassic World Dominion Spoilers Will Blow Your Mind!!