Freeza Black Will Be The New God Of Destruction Confirmed!!...

Dragon Ball Universe presents us with a wide mix of characters in terms of personalities and strength. While some characters are god-gifted like Gohan, some are hardworking like Frieza, Goku, and so on.

When it comes to the most hard-working character who trained day and night, Goku’s name comes at the top. However, with the arrival of the latest manga chapter, one more name has joined the list and it’s Frieza.

The evil tyrant has trained for 10 years in the Hyperbolic Time Chamber to unlock his new form, Freeza Black. As per the theories, Freeza Black or Black Frieza is going to be the next God of Destruction. But how will he overpower or replace Beerus? Here is all we know.

Dragon Ball Super has just passed a glimpse of Black Frieza’s power level. In chapter 87 of the manga, the tyrant appeared all of a sudden and killed Gas, who was previously considered to be the strongest in the universe. Moreover, he defeated TUI Goku and UE Vegeta within a blink of an eye.

So, the power of Frieza Black is at the apex and he may be the strongest in the Dragon Ball Universe, presently. But can he defeat Beerus, the God of Destruction?

Beerus Vs Freeza Black – Who Is Stronger?

Well, there’s no doubt that Frieza is now strong as hell and he can defeat the greatest opponents single-handedly. However, when we compare his power level with that of Beerus, he stands no chance.

Beerus is one of the mightiest Dragon Ball characters who have years of battling experience and insane abilities. Though Dragon Ball Universe has not clearly shown what God is capable of, it’s pretty obvious that being a God of Destruction, he can destroy Frieza within minutes. So, how can Frieza capture the throne of the God of Destruction? Here is a theory!!

Here’s How Frieza Will Be The Next God Of Destruction!! 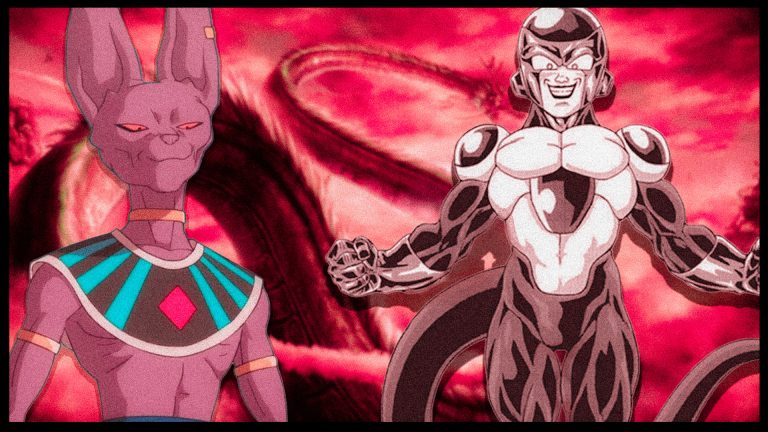 As per the fan theories, Frieza has joined the race of the strongest Dragon Ball characters not only to defeat Goku and crew, his main objective is to claim the throne of the God of Destruction. While his new form has given him an insane boost, still he stands no chance against Beerus. So, how can he kill him?

What makes Frieza the greatest Dragon Ball villain of all time? Power? Nahhhhh… It’s the combination of his strength, wit, and patience. Well, we all know how evil Frieza is. So, when it comes to defeating Beerus, he will surely play his trump card.

As we know, that the life of a God of Destruction is linked to the Supreme Kai of the respective universe, Frieza will surely capitalize on this opportunity. Therefore, the evil may kill the Supreme Kai of Universe 7 to destroy Beerus.

What are your thoughts about this theory on Beerus vs Frieza Black? Tell us in the comment box…

Read More – 5 Reasons Fans Are In Love With Black Freeza