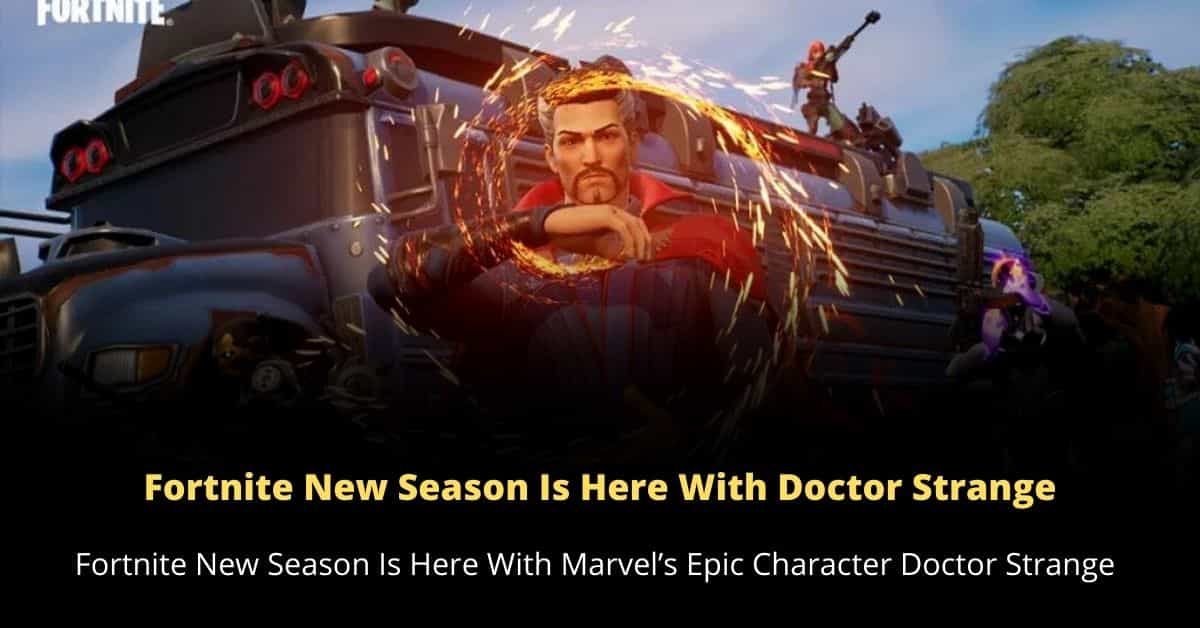 Fortnite new season is here, and it introduces one of the most powerful Marvel characters, Doctor Strange. So, here are all the details about the new season.

The second season of Fortnite, Chapter 3, has begun. Epic Games has asked players to join the Resistance and has introduced Doctor Strange and a few more characters, but one of the game’s most important elements has been removed: building. One of the most divisive aspects of the battle royale, which helped set it apart from numerous clones, has been eliminated. But don’t worry, it’ll only be for a short time.

The building is definitely gone for the time being in order to communicate the story the Fortnite team is trying to tell, but competitive players shouldn’t be concerned because “building is unaffected in competitive/Arena playlists as well as in Team Rumble and Creative Islands. A new in-game message states, “Building has been wiped out.” “It will be up to the Resistance to reclaim it. Join your team to assist The Seven in uncovering the sinister agenda of the Imagined Orders.”

According to iFireMonkey, the building would be disabled during the first nine days of the Fortnite new season, according to a leaked collection of audios. Bar Funding will return in the new season, allowing you to “chuck in bars for pro-Resistance weapons and vehicles.” You can also contribute to the construction of turrets.

Players will be able to move at “a new, quicker default movement speed, and sprint even faster for short bursts,” according to the new movement abilities. “Gain the high ground with the new mantling ability – just grasp a ledge and pull yourself up!” says the game.

Tsuki 2.0, the Gunnar, and The Origin join Doctor Stranger and Prowler, who also happens to be Miles Morales’ uncle, in the Battle Pass. Players will also be able to “reprogram” the Omni Sword Pickaxe with a different blade, guard color, and sound by completing special objectives.

So, are you excited to dive into the Fortnite new season? Share your views in the comment section.