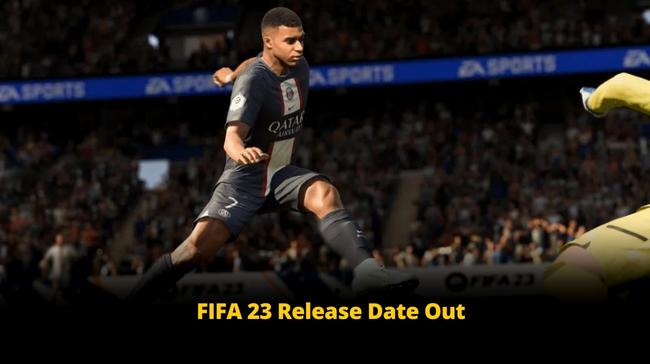 FIFA 23 release date and the shocking news with it, make sure to read the complete article.

As well known, FIFA is a world-famous game across all consoles. Whether it is a PS4 or PS5 or Xbox or PC, the craze of FIFA is immeasurable.

Recently, FIFA launched its new version FIFA 23, into the market, and the news is all over the internet.

Along with this, FIFA also announced some recent changes. These changes were not something everyone was expecting.

With the release of the FIFA 23 trailer, EA Sports and FIFA also declared their end of the partnership.

Both the entities had been operating together for almost 30 years. The news of their separation has dumbfounded the whole gaming industry!

Statement of EA Sports alongside with FIFA 23 release date

EA Sports is a giant in the gaming industry. We can consider EA Sports as one of the vintage companies in the history of gaming.

In the statement of separation with FIFA, EA commented that they could no longer run the contract as the license fees demanded by FIFA were 1 billion dollars, which is not in the industry’s budget.

Furthermore, they also commented that FIFA 23 would be the last game of their tie-up. All the gamers worldwide expressed a sigh of sorrow as they were not expecting this shocking news.

FIFA 23 release date and its features

EA Sports have always entertained us with the different versions of FIFA. This time also, like always, they have introduced some new features which will not fail to amuse us. In this new version, they have specially designed the free kick feature.

More detail has been done, and players can see the angle and wind direction, helping us experience the more realistic features. Along with this, player full volley shots, brilliant gameplay, goalkeeper grabs, and more.

Moreover, as the year of the World Cup is going on, they have also added a similar feature for it. Now players can play the world cup story mode with a team of their choice.

FIFA 23 release date and the purchase price of it

The all-new FIFA is out with its unique versions. The official price of FIFA is set differently with its different versions. For example, the cost of the previous version of FIFA was charged to be around 60 dollars.

However, the price of the new version is kept at about 70 dollars. The “Ultimate Version,” which tends to include the benefit of both the current and the last version, is set to be around 100 dollars. In this category, users can avail themselves of the new FIFA and its older version.

What is more exciting?

The new “HyperMotion2 technology” has also been introduced for the next-gen PCs.

Gamers are anxiously waiting for the new FIFA 23 to release so they can experience the Godlike graphics of this game. For more details, stay tuned and follow us!