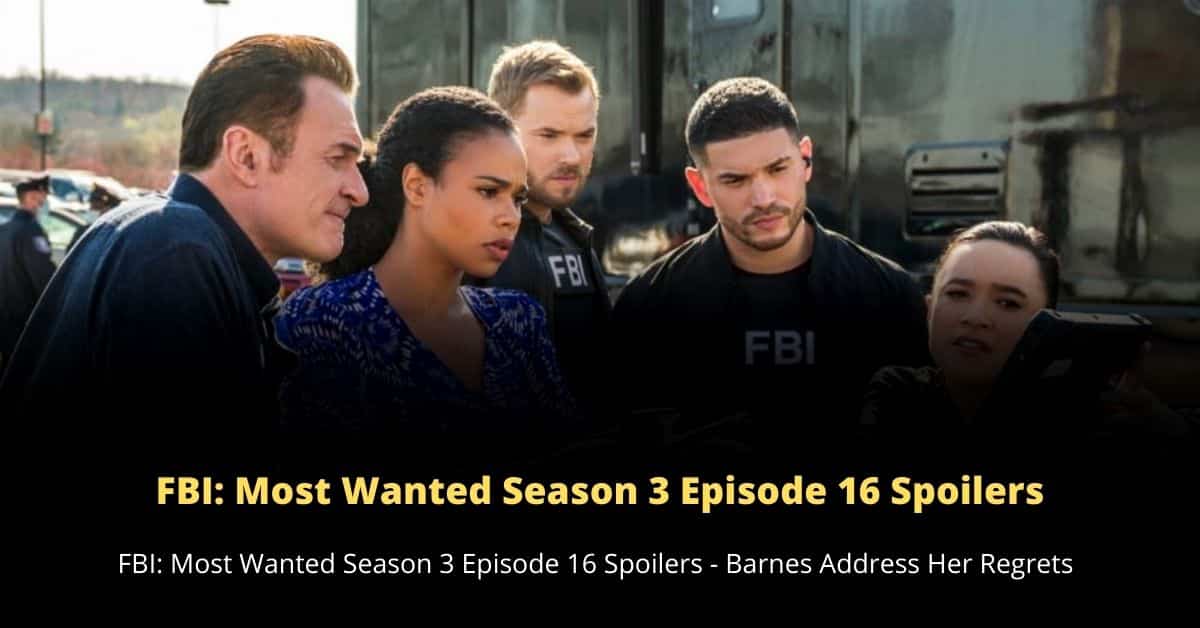 The fans are craving to get leaks on the upcoming week’s episode of FBI Most Wanted. So, read the complete article to know more.

The upcoming episode 16 of FBI Most Wanted will showcase the story in “Decriminalized” which will bring in a strange story. There will be a drastic change in the team we were watching for the last few years.

For Branes, the new episode will bring a bunch of surprises. When it comes to Branes, you need to add all this to her baby. She navigated back to work on her major goals. She is back on what is best for her. But will she step away from the team?

The official synopsis of episode 16 is as follows – “Decriminalized”: The team gets called to Vermont after a married couple who grow illegal marijuana massacres their employees. Also, Barnes begins to regret not taking any time off bond with her new baby.

Where To Watch FBI: Most Wanted Season 3?