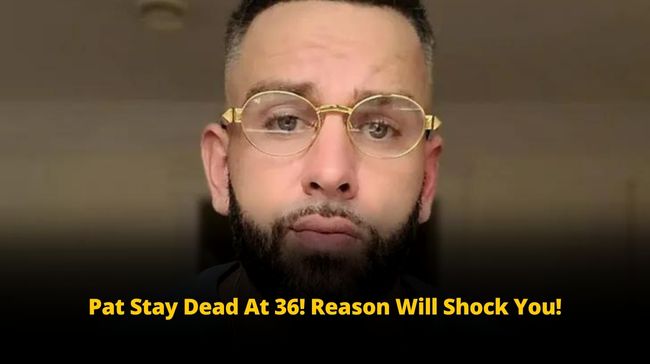 If you are a Pat Stay fan, we know you are just shocked. Yes, Pat is no more. But how did he die at such a young age? Here is all we know so far.

Who Was Pat Stay?

Pat Stay was born and brought up in Canada and was a famous battle rapper. He was mostly criticized for attacking rappers below the belt. His participation can be seen in several rap battles. Due to some reasons, he announced his early retirement.

Although he was retired, he was seen multiple times coming out of it to prove his worth.

According to him, there was no one superior in front of him in the rap battle. Pat Stay has tasted success many times throughout his career.

The notable achievement Pat was to become the King of the Dot Champion. He also has a history of defeating famous rappers like Arsonal, Dizaster, Daylyt and many others. Fans were very much fond of him.

The famous and renowned rapper Pat Stay is no more with us.

According to the report released by Police, he was stabbed multiple times. The stabbing incident happened in Nova Scotia, Canada.

The stabbing happened early Sunday in downtown Halifax. There was no news from authorities about his death, but the same was released to CBC by his dear brother Pete Stay.

The response from the Police came after 12:30 am when Pat was taken to the hospital. Unfortunately, he died because of the injuries. Till now, no arrest has been made from the side of the Police.

Reasons for the death of Pat Stay

Pat was from Dartmouth, Nova Scotia, hardly considered him a hip-hop hero, but he still has made a name for himself.

He was famous in the industry for his freestyling battles. He was also known for offending his opponent to death with his sarcastic taunts. This may be one of the reasons that he crossed the line and has suffered the consequence.

Still, it was just an assumption until the facts were released. Getting stabbed multiple times itself is something way more out of line and is a signal that he has made some serious enemies.

Police are still searching for criminals and ask for help from the public if they notice something suspicious. Fans are also shocked after hearing the news.

Pat was a famous rapper, and he used to keep himself busy by engaging in multiple activities. He had a large social media following and was loved by people.

Recently, two days back, Pat released his new song on YouTube known as “The Game DISS”.

The music includes multiple quotes from Drake, Method Man, and Joe Budden. These rappers are well-praised battle rappers. Drake’s reviews for him were also great. He considered him one of the best battle rappers.

Police are still asking about the killers’ whereabouts and have asked the public to share the information if they have any. All this for now. To get more updates, follow us, and don’t forget to follow us.