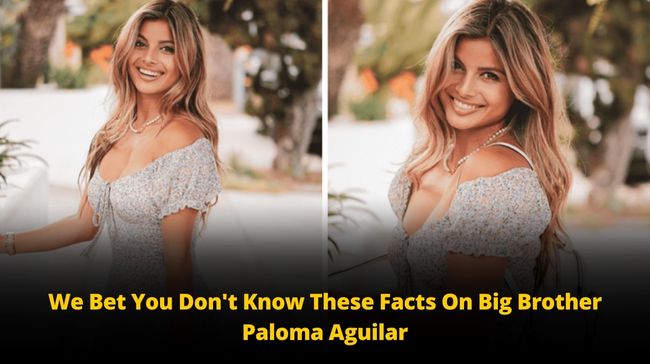 Big Brother is one of the most beautiful reality shows. Every season has some important topic that turns the internet blazing!! This year was no different than the others!!

It was the first eviction of Big Brother 24, and the game suddenly came to a halt and took everyone by surprise.

The contestant Taylor Hale was sure to exit the show, but this was all turned by none other than Big Brother’s Paloma Aguilar! She declared that she wished to leave the show due to personal reasons!! This early exit of Big Brother Paloma Aguilar gave Taylor Hale a survival chance and also affected the Backstage Pass twist of the show.

With so much publicity and rave that took over on the self-eviction of Big Brother Paloma Aguilar, the internet wants to know more about her. We are to share some exciting and must-to-know facts about this famous contestant.

Despite her focus on design and real estate, Big Brother Paloma Aguilar is also making her career as a fitness enthusiast with several brands along with modeling.

Big Brother Paloma Aguilar was one of the youngest members, so with the age gap existing, she faced many issues in the house.

As mentioned on her Instagram, she dealt with major FOMO issues, and also developing bonds with other people while being filmed for 24 hours took a toll on her.

The youngest contestant of the house – Big Brother Paloma Aguilar, is entirely known as a home remodeler. She is a licensed realtor in California and an interior designer as well.

She has recently completed her graduation from the University of California, Berkeley. She has been an active member during her student life and has also participated in football games.

A Racist – In the Eyes of Social Media Fans

Though Paloma was assumed to be one of the strongest contestants to win the show, post her self-eviction, and her comments towards the other contestant Taylor, the internet has not been relatively easy on Big Brother’s Paloma Aguilar. She has been on the receiving end of a lot of internet hatred.

Big Brother’s Paloma Aguilar is a mayo-lover!!! This was revealed during a random conversation on the BB24.

Thus being the youngest contestant on the BB24 show, Big Brother Paloma Aguilar has gained a lot of fame post her brief appearance on a reality show. The internet has been curious about her and wants to know more about the young interior designer!!

We shall be here with more of such updates!!!