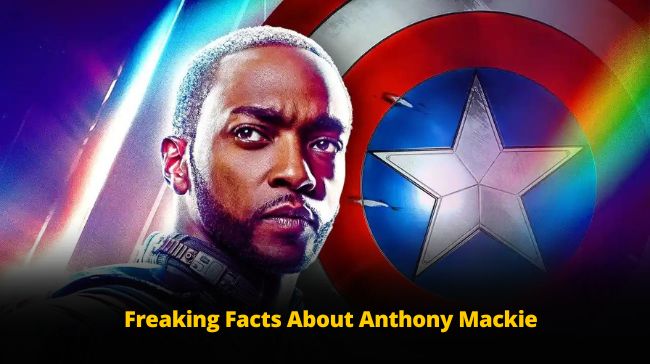 All ears wide open, please. Here we bring to you the best of the best updates ever. We are sure you would be waiting for us like we were waiting to get all the latest updates!

So, here are some freaking amazing facts about Anthony Mackie aka our new Captain America!!

Anthony Mackie Fans, are you listening?

Let’s first give you a glimpse of this famous actor. He has done spectacular, marvelous work, and we love him for all he is.

Anthony Dwane Mackie is an American Actor. Mackie made his acting debut starring in the semi-biographical drama film 8 Mile; he was later nominated for the Independent Spirit Award for the best actor in the LGBT drama Brother to Brother and was also seen in the best psychological thriller The Manchurian Candidate in that same year, too! He had also portrayed Tupac Shakur in Notorious and many others.

Are you all geared up to know the deep secrets of Anthony Mackie?

He has made his name big in Hollywood for apparent reasons. His marvelous acting in “Million Dollar Baby” and “The Hurt Locker” is known to all.

Well, how badly we want our viewers to know about him. Probably, we feel you might start adoring him more after these less known facts?

OMG, Anthony Mackie: We never knew you were scared of heights

Well, we all have deep fears in us. Some are scared of darkness and ghosts, and here couldn’t believe this mighty Avenger flying in the sky fighting with enemies would be scared of heights. His fears were once put to the test by doing high-flying stunts and, in fact, jumping from a bridge, too!

FYI, Anthony Mackie so wants to have his own HGTV series

We are surprised to read that the actor is a highly skilled carpenter. We also learned that in the Covid time, he was busy building an outdoor kitchen. Like wow! We love his idea for the series. Please bring it on soon.

We are so glad to hear that he married his childhood lover. Please, such men: where are you lost?

He married his childhood sweetheart Sheletta Capital. WTF, they have known each other since they were seven years old? Unfortunately, destiny had different plans for the couple, and they got separated in 2018. This is sad!

Anthony Mackie’s friendship with Sebastian Stan is known to all

Guys, his friendship with MCU co-star Sebastian Stan is like a couple. We love their powerhouse, energetic bromance—Do you too? It looks like social media and the internet is ample proof of how strong their friendship is. Touchwood!

Anthony Mackie was inspired and mentored/guided by Don Cheadle 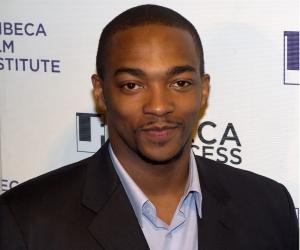 This MCU co-star has played a significant role in his life. He also says he started acting primarily because of “Don Cheadle.” He gives him credit now and then.

He loves fishing, and we are surprised to say, He loves watching tons of Golden Girls Returns, too

It’s also mentioned that he’s an avid fisherman in his personal life. His love for fishing comes from his hometown, “New Orleans.”

So guys, did you love these surprising facts about Anthony Mackie?

Many other facts are unknown to all. Stay tuned because we will soon be back with some hot spicy updates!

Read More – 1883 Isabel May Revealed Shocking Facts On Her Role As Elsa Dutton!!