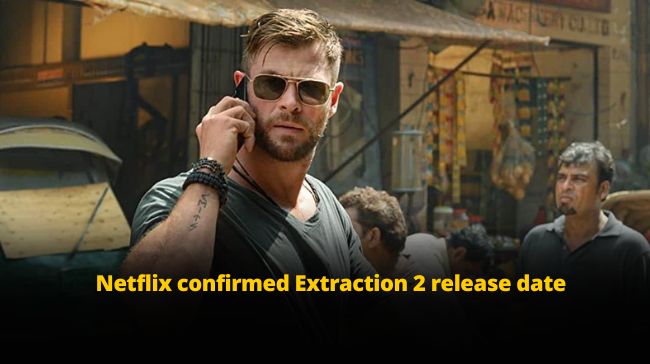 In 2020, Netflix released the first Extraction movie based on the Ciudad graphic novel by the Russo Brothers and Ande Parks, becoming Netflix’s most-watched original film.

In the film, Chris Hemsworth plays Tyler Rake, an Australian black-ops mercenary tasked with rescuing Ovi, the son of a drug lord who has been kidnapped in Bangladesh.

Tyler, however, is double-crossed by a Lieutenant colonel who wants to take credit for rescuing Ovi, which complicates the mission.

Aside from its spectacular action and compelling performances, there were some criticisms of Extraction’s screenplay and its narrative about the white savior.

However, the film’s success has prompted a sequel, Extraction 2 starring Hargrave, Hemsworth, and Farahani and written by Joe Russo.

Hemsworth announced a filming wrap on Extraction 2 by releasing a BTS video in April 2022, following a globetrotting shoot that included locations such as the Czech Republic, Austria, and Australia. On the movie front, there has been another update.

The Extraction 2 release date is set for 2023, according to Collider. It is not yet clear when the show will premiere.

Also, Extraction 2 hasn’t revealed any additional casting news, and its plot remains largely unknown. Neither the Russo brothers nor AGBO productions, which produce the movie, have provided any plot information.

Will there be an Extraction Cinematic Universe?

In the new development, the Russo brothers further solidify their plans to develop a franchise out of the Extraction film.

It is anticipated that the producers will create a cinematic universe centered around the characters from Extraction after the sequel.

Filmmakers are reportedly working on an origin story for Hooda’s Para Lt. Colonel Saju, and they are brainstorming potential spin-offs. There doesn’t seem to much wait for the sequel, as the new release window indicates it’ll be out early next year.

Fans have recently been excited about Extraction 2’s new settings and Hemsworth’s preparation for Tyler’s role. Even so, there hasn’t been any hint of the plot, so many are curious.

With the tone, pacing, and color palette all changing from the first film, the Russo Brothers promise that the sequel will also be very different.

An upcoming set video even teased a fiery riot scene in Extraction 2, which has more stunts and action than its predecessor.

Based on what is known so far, Extraction 2 will be even more high-octane, extending Tyler’s story across borders and leading him through a range of different assignments.