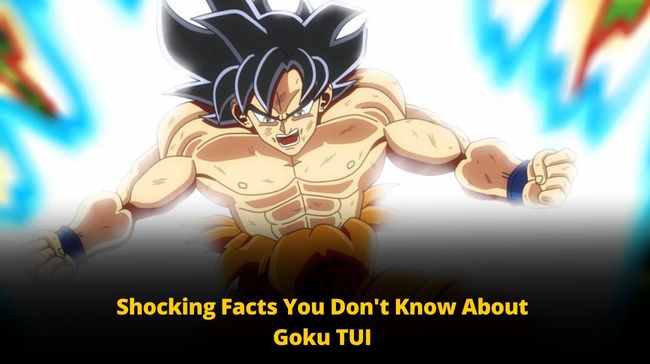 We hope you’re doing amazing. Absolutely? With the festive vibes all around, it’s such a good feeling and happy these days!

So, without wasting time, here we bring good news for all anime lovers, and that’s the most talked about the new form of Goku! Here is all we know about Goku TUI form!!

So what happened in Dragon Ball Super Chapter 85?

Everyone knows how Goku got this mighty power while fighting against Gas. It wasn’t expected, but like a superhero, he tapped into a new form which is known as the True Ultra Instinct Form.

Goku TUI makes him a pride version of Saiyan

Yes, it’s true. Remember how in the previous chapters, Bardock unlocked a secret power? Yes, it’s known as Spirit of Bardock, too.

Now, this spirit is precisely what Goku gets. He combines this with AUI and creates a version of Ultra Instinct!

How much we love witnessing this Goku form.

This takes us to some next level which we wouldn’t have imagined ever! It’s a new and better transformation form of him.

Yes, Goku manifested this form in a black-haired state!

It’s also said that after rescuing, he also used his emotions with UI, and thus, a new form was born, which is known as TUI.

This form was so mighty that it overpowered the most significant warrior of the Universe, Gas, too!

We love this oh-so-meaningful transformation

This form allows Goku to put his emotions and feelings aside to receive the power-ups.

In short, this form helps him to use his anger, sadness, and all the other types of emotions to be channelised in a good and meaningful way. Like, he can use them in a better way!

After all, it’s because of Goku TUI form he could bang on Gas!

Don’t you think it was just not possible? Still, he just made it anyway. This is nowhere compared to Whis—his powers and other angels, too!

We are looking forward to that day when Goku achieves this too and becomes the strongest in the multiverse.

Although, no matter how strong he gets, is he ever mightier than others?

Grand Zeno? Grand Minister? Or even the Gods of Destruction? Comment below in the section on what you think about Goku TUI.

Also, don’t forget to follow us and stay tuned because we will be back very soon! Sayonara! We love you guys!

Read More – Goku vs Black Frieza – Who Will Win In A Fair Fight?