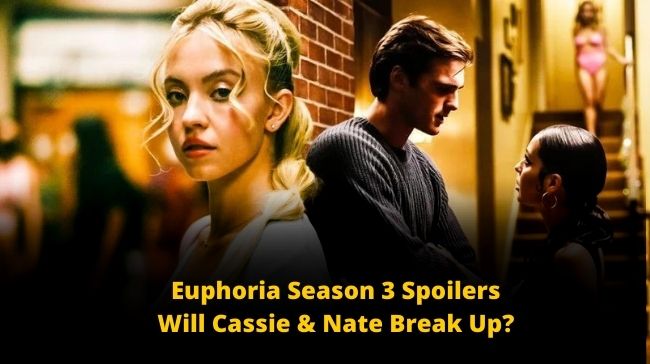 Curious to know what will happen in Season 3 of Euphoria? Here are some amazing Euphoria Season 3 spoilers.

The second season of Euphoria was a roller coaster ride for the viewers. The fans are still hooked up with the plot and they are craving more. Meanwhile, with season 2 leaving a bunch of cliffhangers, the fans are pretty curious to know what happens next. So, Sassyshows is here with some crazy Euphoria Season 3 spoilers which reveal the fate of Nate and Cassie’s relationship.

Will Nate Break Up With Cassie?

One of them is – will Cassie break up with Nate in the upcoming season? What will be the fate of Cassie and Nate’s so-complicated relationship? So, here are some incredible Euphoria Season 3 spoilers that reveal the answer.

Read More – Euphoria Season 3 Release Date: Here Is What We Know So Far 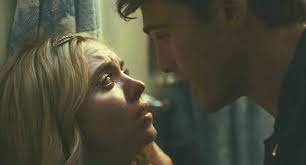 With the second season dropping a bunch of shocks, Rue’s revelation about Cassie and Nate’s relationship came like a stab in Maddy’s heart. That night Cassie initially locked herself in the bathroom due to the fear of facing Maddy.

Maddy, on the other hand, was left emotionally betrayed and she could not absorb the truth. However, after a while, Cassie decided to stay strong on her decision and she walked out of the bathroom with a smiling face.

She tried to portray her relationship with Nate as a sweet and sour one. However, deep down, it was nothing but submission and dominance. Cassie chose to submit her life to Nate and walk in the shadow of his decisions, just in exchange for the love and attention she craves.

To Cassie, Nate was the Prince from Heaven and to Nate, Cassie was an innocent girl with no sense of choice, whom he thought to be the perfect match.

While the fans were trying to digest the not-so-easy relationship between Cassie and Nate, things got heated up when Lexi’s play dropped a dance number, igniting Nate’s hatred towards homosexuality.

In the last scene, Nate and his gym buddies were alleged to be involved in homosexual work, which made Nate burst out in anger. He blamed Cassie for Lexi’s play and this left her heartbroken.

Nate’s attitude towards Cassie ignites the same question: will their relationship survive in Euphoria Season 3? What do you think? Tell us in the comment box.

Make sure to stay tuned for more crazy Euphoria Season 3 spoilers in the future.