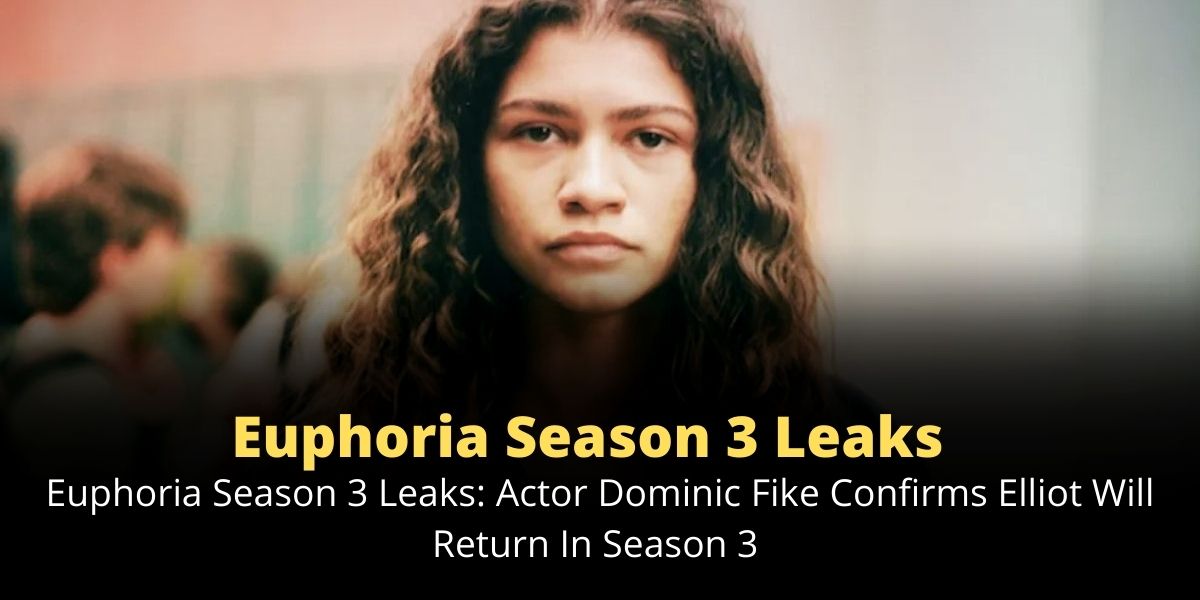 Dominic Fike, musician, and star of Euphoria season 2, confirms in an interview that he will be returning for the third season of HBO’s hit drama. Elliot’s character will return after becoming somewhat of a divisive figure throughout Euphoria season 2.

The new character has become embroiled in a love triangle between himself, Rue, and Jules. However, the character’s future is uncertain – after the end of the explosive episode 5, Eliot hasn’t played as significant a role, and his part in the three-way is up in the air.

Dominic Fike has dropped the ultimate bomb revealing that Elliot will be back in Euphoria Season 3. His statements have ignited the hype among the fans and they are looking for more updates.

So, if you are one of them, make sure to keep an eye on our website.

Euphoria Season 3 Leaks: Did you expect to be back for the third season of Euphoria?

Fike: I was expecting it because I believed, like anyone would, that we were telling an authentic story with all of these characters.

For example, I was pissed at how we were talking about anxiety on the show. That is the most important thing about people, especially young people, and their mental health. That is something that I felt like we accomplished in season 2.

When you found out that you would be coming back for season 3, did you know what the storyline would be?

Fike: No, they don’t tell me anything. They just let me know that they want me back, and when they have an idea of what they want to do with Elliot, they will let me know.

That is just the way it works with this show because it is so complex, and so many things are happening at once. I had a great time working on the show, and I am excited to do it again. I hope people will watch the show and support the show next season.