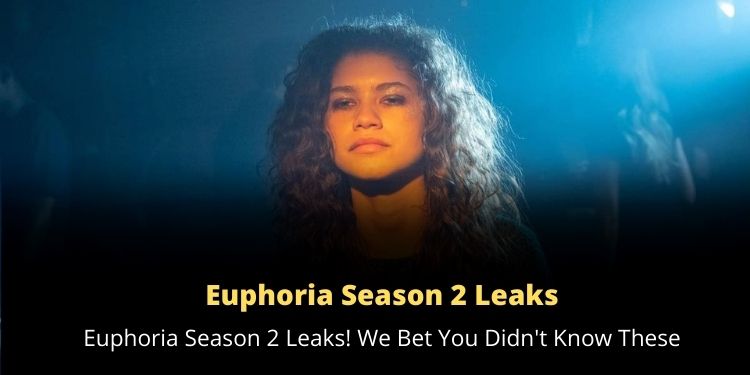 Fans, finally the Euphoria Season 2 leaks are out. So, what are you waiting for? Jump into the article.

Get ready to dive into a new world of crime, drama, suspense, and thrill as Euphoria Season 2 is finally here. With the immense craze around the second installment of Euphoria, HBO has delivered its dream project to the doors of the fans.

The first six episodes of Euphoria are already out and HBO has two more thrilling episodes in its bag. The Zendaya-led thriller has attracted the eyeballs of a huge fanbase as the second season has already racked up over 13.1 million views across HBO platforms.

So, considering the immense popularity of the Euphoria series, it’s pretty obvious that the fans are clamoring to get some details on the upcoming episodes. So, Sassyshows is finally here with exclusive Euphoria Season 2 leaks to fuel up the hype.

After a lot of research, hunting across several platforms like Reddit, and more, Sassyshows has grabbed the hot Euphoria Season leaks that will blow up the minds of the fans. So, if you are a fan passionate enough to get hands on the latest leaks, make sure to read the complete article.

The first Euphoria Season 2 leak coming out is Jules may get her eyes on Cal’s tape. This leak has stormed social media and considering the conflicts between Cal and Fez surrounding the tape, the leak actually makes a lot of sense.

One Reddit user revealed that Jules may be discovering the tape really soon. He commented, “Nate is going to try to get the CD back. Maybe Jules finds out Cal filmed her through Fez.”

The second Euphoria season 2 leak that will be heartbreaking for the Fez fans is he may not carry his legacy to season 3. As per the sources, the Zen drug dealer may last his last breath by the climax of chapter 2.

The final leak we have in our bucket is Lexi’s play may unveil a bunch of secrets in Euphoria Season 2. By now, we know that Lexi’s escape from reality comes down to her pen and paper as she jots down the script of a play that she ultimately calls to be put on at the school.

However, the script is actually based on her own life. So, as per the Euphoria season 2 leaks, she may disclose some of the terrifying secrets of her life through the play.