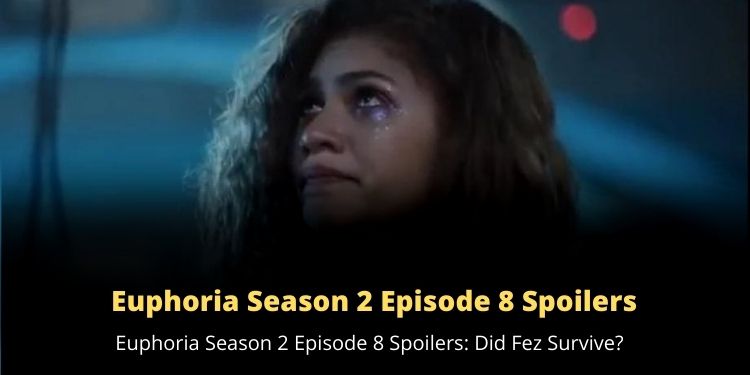 Sassyshows has got its hands in some amazing Euphoria Season 2 Episode 8 spoilers. So, here is everything we know so far.

The second season of Euphoria will come to an explosive conclusion next week with the premiere of the big finale episode on HBO. And, according to the trailer, people are also worried about whether Fez will live or die.

Fans are speculating that Fez and/or Ash will die in the season finale episode, based on Lexi’s act foreshadowing a terrible moment and a handful of frightening new images of Fez in the season 2 episode 8 teaser.

Did Fez Survive In Euphoria Season 2?

After Custer admits to Faye that he’s been working with the cops to find out who killed Mouse, the officers raid Fez and Ashtray’s house, as seen in the finale episode trailer. It’s difficult to make sense of much in the clip, but it’s evident that the raid becomes brutal, and at one point, Fez is crying on the ground, blood splattered over his shirt and on his letter to Lexi.

Fez may end up killing himself in order to save Ash, and taking the fall for Mouse’s murder, according to one common hypothesis. Fans are wondering if Fez’s fate was rewritten to have him die at the end of season 2 instead of in season 1 after Angus Cloud dropped the bombshell that he was supposed to die in season 1.

Some fans, on the other hand, believe Ash will take the bullet for Fez and sacrifice himself to save his brother. Viewers are frightened that this will actually happen, based on Ash’s constant readiness to defend Fez at any cost.

Because Fez is such a beloved character, killing him off would be disastrous for the show as a whole. Fans have already stated that if he dies, they will cease to watch. It wouldn’t be good for Rue either if he died. Everyone should start manifesting survival and positive energy for Fez and Ash now… they’ll need it!