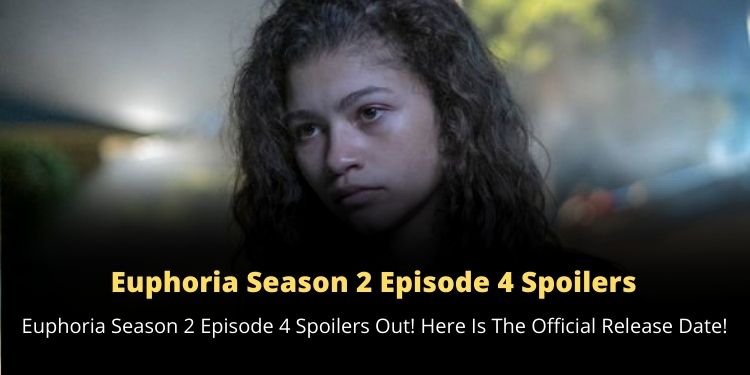 After the nail-biting episode 3 of Euphoria Season 2, the fans are at the edge of their seats to know what happens next. They are craving to get updates on Euphoria Season 2 Episode 4 release date, story, and more.

So, today Sassyshows has got some amazing Euphoria Season 2 Episode 4 spoilers that will blow your mind. Therefore, fans grab a bucket of popcorn and get ready to dive into a new world of thrillers and dramas.

Euphoria Season 2 Episode 3 was really bombastic for the fans. From Lexi getting the spotlight to Cal’s thrilling love story, the fans got the greatest treat of their lives in the last episode.

The third episode of Euphoria majorly focuses on Cal’s past, Cassie’s unnatural behavior, Lexi’s love interest, and Rue’s role in the world of drugs and crime.

While the first two episodes of Euphoria Season 2 set the platform, the third episode dropped the ultimate bomb to stun the audience. The viewers got an amazing ride to the past of Cal Jacob.

This clearly shows that the series is trying to connect with the fans deeply, developing the compelling back story of Jacob. The episode shows how Cal Jacob falls in love with Derek, his best friend.

As the audience is amazed watching the backstory, the story suddenly moves to a new page. It showcases the “8s-era dance of Rue. It features an insane dance sequence to add a pinch of excitement and glamor to the plot.

But Rue finally gets caught by Gia in the kitchen, while she is high. However, then the plot wraps us in a bunch of lies.

While on the flip side of the thrilling story of Rue, Jules and Elliot get pretty comfortable in each other’s company. But when the fans think they are getting their hands-on a love triangle, the climax of Euphoria changes the scene.

It shifts from the love triangle as Elliot and Jules hand out together without Rue. But when it comes to the secret affair, Nate tries to return to Maddy instead of winning back Cassie again.

So, it’s pretty confusing what Nate is up to? Or is he just safeguarding Cassie from Maddy’s intentions?

The good news is fans will not have to wait for a long time to see their favorite characters back on the screens. HBO is gearing to drop the new episode of Euphoria next week.

So, before wrapping up this article, let’s see some thrilling Euphoria Season 2 Episode 4 spoilers.

After the arrival of Euphoria Season 2 Episode 4, we will be halfway to the season climax. While the third episode was a complete explosion, we may see the story branching out to new directions.

The official trailer or teaser of Euphoria Season 2 has passed the glimpse of a problematic situation cooking under the belt. It points out a real-life truth and dare game, that may lead to something destructive.

While on the other hand, the official trailer teases a heartbreaking character demise.

Rue Bennett, the recovering drug addict in HBO’s teen drama venture, may again fall into drugs and end up losing her life.

So, here are all the hot Euphoria Season 2 Episode 4 spoilers. Make sure to share your views on what may happen in the new episode.

Follow us for more interesting content in the upcoming days. We will be covering other new episodes of Euphoria Season 2. So, bookmark our page, so that you don’t miss out on any fresh updates.