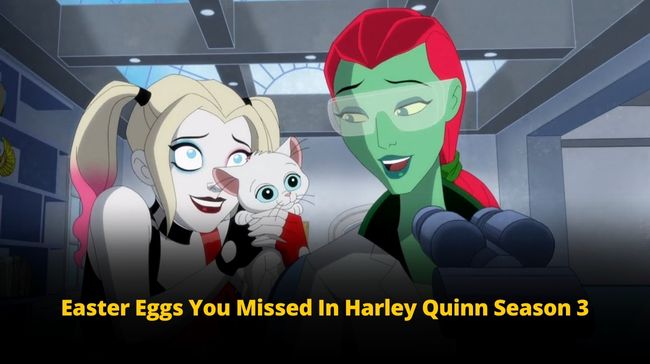 Hope you’re doing good and keeping safe. Were you waiting for us? Because we were waiting for all of you! Why not have a tub of cheese popcorn and some chilled cold coffee?

Because here we bring you the much-needed details of Harley Quinn Season 3!

Something about Harley Quinn

With 8.5/10 IMDB ratings, this animated series is a must-watch. It’s about the newly single Harley Quinn sets off to make it on her own as the criminal Queen pin in Gotham City.

Did you know, much to the dismay of fellow member Harley Quinn, she’s the Joker’s Daughter recruited as part of the New Suicide Squad?

The story is about Harley Quinn’s misadventures and her best friend after leaving her boyfriend, The Joker! Ah, trust us, not everyone and anyone is going to have a taste for such a series!

This clever comedy series is a set of 10 episodes in Season 3. Also, let us tell you that Harley Quinn Season 3 is more about the relationship between Harley and Poison Ivy.

And yes, for your information, the Harley Quinn Season 3 is also about the Bat family getting expanded roles! Ah, we love the romantic angles of the duo, and it’s more down-to-earth compared to its previous seasons!

Coming to some Harley Quinn Season 3 Easter eggs you missed!!

Titans of Parody sees the debut of night-wing in the series, which was voiced by “What we do in the shadows”. Also, did you notice The Suicide Squad intro was although incredible? We just loved the little bit of cameo, too.

Harley Quinn Season 3 highlights the 83rd annual supervillain awards. We loved the entire sequence in the series. Oh, and did you observe the other villains at the villies? After all, it brings a lot of Villiers from the comic book. Nora freezes, Riddler, and so on!

That scene features a clever nod to the beloved 1984 rock mockumentary “this is spinal tap”. We loved it anyhow, did you, too? Also, after all, whose Joker is it anyway? Where Joker gets an extended moment, too, was hilarious!

Batman begins forever, Zombie Pinocchio and many other parts of The Harley Quidd Season 3 that were just out of the box. Comment on what you think about this season. Don’t forget to follow us. Stay tuned; we’ll be back soon!

Read More – We Bet This Harley Quinn Season 4 Update Will Make You Swoon!!