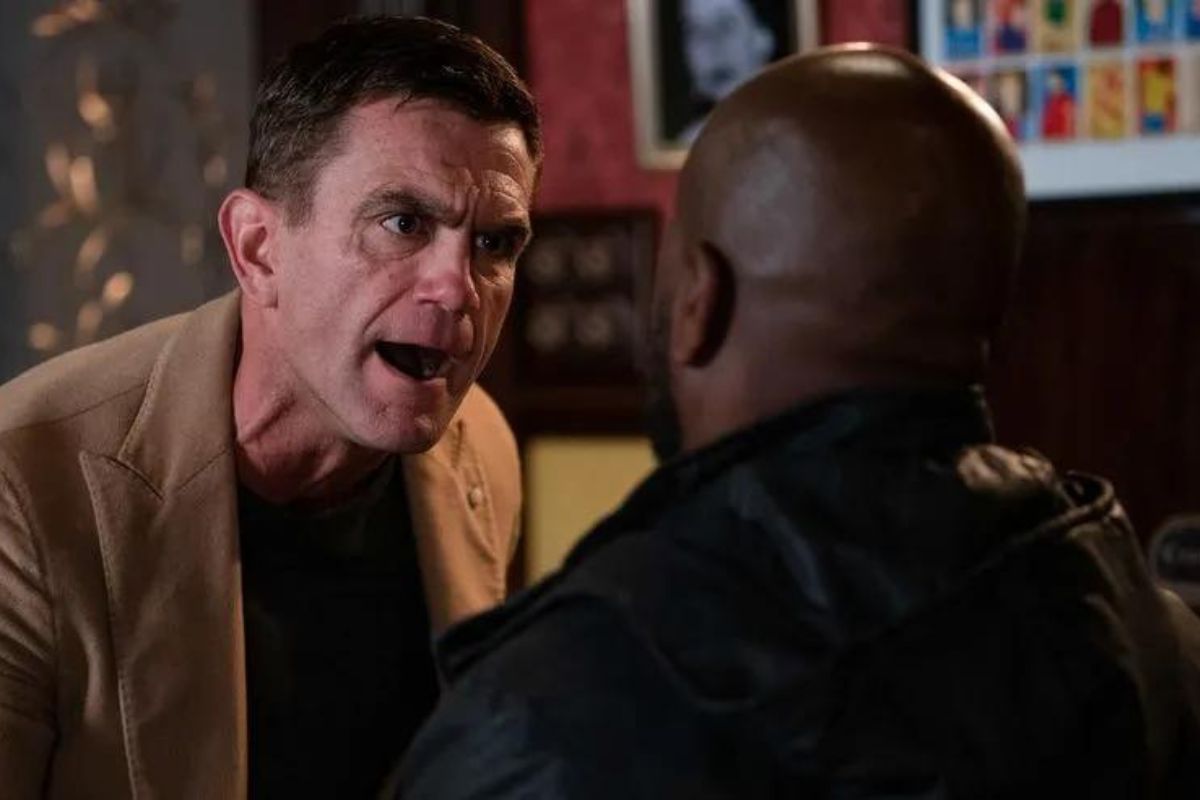 Next week on EastEnders, Amy’s actions will leave Sam speechless, and a gunman in a mask attacks Alfie.

Things are going to go south for Alfie Moon, a returning figure. A shooter takes the character portrayed by Shane Richie hostage in the upcoming Eastenders spoilers.

In September 2022, Alfie returned to Albert Square to prevent Kat Slater from being married to Phil Mitchell. Since then, he has been kept out of any unrest in Walford for his safety, but that is about to change.

In scenes that will run on BBC One the following week, he first tries to reassure Kat that he has things under control at home while also trying to occupy his sons.

Sam will visit the Branning residence in the upcoming episode carrying a dress for Amy.

Sam uses her old set of keys to gain entry, goes upstairs, and in the upcoming Eastenders spoilers, She is stunned by what she finds when she walks in on Amy.

Sam confronts Jack later at the Vic and spills the beans about what she saw, not realizing until it’s too late that Amy is at the door and has overheard everything.

After all this, Jack becomes fixated on Denzel and starts believing that his presence has changed Amy’s behavior.

Denzel will find it challenging to handle the developing Amy problem and all the rumors that go with it. Because of this, Patrick gave him some advice.

However, Howie wishes he could connect with his son so quickly. On Thursday, however, it will be revealed that the two men decide to play dominoes with Denzel to take advantage of the fact that the internet is down while he discusses his confused feelings for Amy.

However, Kim breaks the ambiance by barging in and turning the router back on, which causes Denzel to realize that he has been duped.

A gun is pointed at Alfie

With the guys, Alfie is engaged in a dangerous game of estimating the number on Phil’s safe in the Eastenders spoilers.

They figure it out and discover a substantial amount of money. Alfie tells his sons to return the funds when Sam shows up unexpectedly. Later, after transporting Vi to bingo, Alfie is startled when a masked shooter named Keith enters the taxi he is driving. Keith tells Alfie to step on it because he recently robbed a building society.

But when Stacey contacts Alfie and says that the Moon boys have told her everything about “the safe game,” the criminal’s ears perk up.

Keith then commands Alfie to take him to Phil’s house under threat of force after learning that the safe holds £30,000. Alfie will have to cope with the fact that he has lost Phil a sizable sum of money due to this drama.